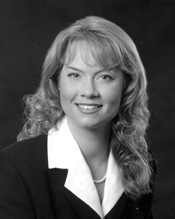 September 9, 2009 (San Diego) – Shock and snickers greeted news reports today revealing that a lobbyist for SDG&E/Sempra Energy is accused of granting sexual favors to Republican legislator Mike Duvall, Vice Chair of the Assembly Utilities & Commerce Committee.  If true, the relationship would be a direct conflict of interest and a clear ethical violation, since the committee has oversight over utility industry issues.

Revelations of the affair prompted a flurry of reactions, including this snarky headline published at the Utility Consumers Action Network (UCAN) website: Sempra lobbyists caught doing anything to influence votes ... including Assemblyman Mike Duvall.

Duvall, who is married, bragged to a colleague about sexual exploits with a female lobbyist and another woman, apparently not realizing that a microphone in the committee hearing room was live. He boasted of the woman’s “little eye-patch underwear” adding, “And so, we had made love Wednesday—a lot!” He added, “ I like spanking her. She goes, `I know you like spanking me.’ I said `Yeah, because you’re such a bad girl!’” 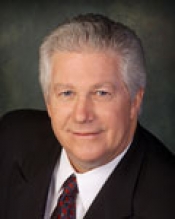 Duvall stated on tape that the lobbyist’s birthday was July 6 and that she was 36 years old. According to Orange County Weekly,  SDG&E/Sempra Energy lobbyist Heidi DeJong Barsuglia turned 36 years old on July 6th. The paper cites other unnamed Capitol sources who claim to have seen Duvall and Barsuglia arm-in-arm around town, at restaurants, and shopping for groceries together.

Duvall , who had a reputation as a staunch family-values conservative, resigned from the Assembly today as a result of the scandal, according to the Sacramento Bee, which published the complete videotape of the Assemblyman’s lewd remarks,

SDG&E issued the following statement on the allegations.

The news breaks one day before the California Public Utilities Commission is slated to rule on SDG&E’s request to shut off power to area residents during high fire-risk days. SDG&E faces enormous liability for wildfires caused by its power lines and faces soaring insurance rates as a result. The utility has also engaged in heavy lobbying for its planned Sunrise Powerlink project and other issues. Sempra recently donated $1,500 to Duvall, who soon after came out in opposition to AB 64, major bill requiring utility companies to obtain more power from clean alternatives—a measure SDG&E opposes.

Barsaglia replaced former Sempra lobbyist David Hayes, who was named Deputy Secretary of the Interior by President Obama. She holds a law degree and has previously worked as a lobbyist for the California Retailers Association and as a speechwriter for Pete Wilson, former Governor and ex-mayor of San Diego. She is one of three lobbyists, all female, currently registered for Sempra at the Secretary of State's website.

Laura Cyphert, co-founder of the East County Community Action Coalition, has been battling SDG&E’s plan to put Sunrise Powerlink through backcountry communities. “Unfortunately from what I have seen, I am not that surprised,” she said in an e-mail to East County Magazine after learning of the SDG&E lobbyist scandal. “I suspect this is just the tip of the iceberg, and that much more will be revealed (no pun intended).”

Another area resident sent an e-mail with this sardonic conclusion: “Now I know why Sempra lobbyists are so successful.”

Thanks for taking the time to discuss this, I feel strongly about it and love learning more on this topic. If possible, as you gain expertise, would you mind updating your blog with more information? It is extremely helpful for me
sim only iphone

wonderful piece of information and imporant key tool appreciate it that you share something so useful with the readers of this blog.

This is a very interesting story, thanks for sharing it... streamlight