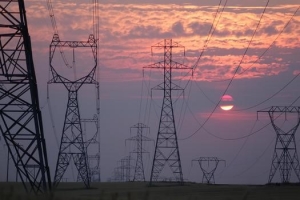 November 29, 2015 (San Diego)-- Environmental organizations are mobilizing to fight one of the state's three biggest power companies over an issue known as "community choice aggregation," a movement by cities to create nonprofit agencies to buy and sell power to consumers.

San Diego Gas and Electric just announced it is forming a separate marketing entity to lobby against the idea. By law, the utility can't use ratepayer money for that purpose.

Nicole Capretz, executive director of the San Diego-based Climate Action Campaign, says the utility had previously claimed to be neutral on community choice.

"They just proved that they're not neutral at all," she says. "They talk out of both sides of their mouth. On the one hand they say, 'Oh, we support the climate plan.' On the other hand, they're lobbying against it and trying to take away the right of local governments to take control over their energy future."

In California, community choice electric providers can set rates and decide where to buy power, while utility companies still receive a fee for maintaining the grid.

Pete Hasapopoulos with the Sierra Club's My Generation campaign says the system is already in place in the city of Lancaster in Los Angeles County, and in Sonoma and Marin counties north of San Francisco.

"Where they're doing it in the other parts of California, they're delivering more clean energy and even beating the monopolies on rates," he says.

Hasapopoulos adds community choice providers are encouraging more rooftop solar, while the state's major utilities have asked the Public Utilities Commission to cut the rates they have to pay to customers who generate more power than they use.

The city of San Diego has budgeted money for a feasibility study, which should be done by next fall.