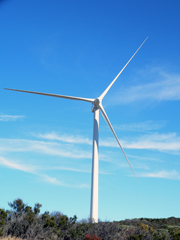 September 3, 2009 (San Diego)—San Diego Gas & Electric Company has announced plans to develop a new ECO Substation and electrical infrastructure in East County that the company says will connect with its existing power network and enable delivery of clean energy to its customers. The move has drawn praise from key alternative energy interests, but some backcountry residents see the move as a ploy to ease the way for SDG&E to bring power up from Mexico and tie into the company’s controversial planned Sunrise Powerlink project.

“Experts agree that a lack of electrical infrastructure is the most significant barrier to tapping into the vast potential for renewable energy in this region,” Debra L. Reed, president and chief executive officer for San Diego Gas & Electric, stated according to an SDG&E press release. (The company did not return calls for this story.) According to the release, the planned new substation, along with the company’s planned Sunrise Powerlink high voltage transmission line and recently announced partnership in a wind project on the Campo Indian reservation, aims to boost the emerging renewable energy industry in eastern San Diego and Imperial Counties. SDG&E reports it has already secured 26% of its power supply for 2012 from renewable sources and is ahead of the voluntary commitment the company made to supply 33% of its power from clean energy sources by 2020.

The center of this planned renewable energy hub is ECO, an electric substation planned near Jacumba, that SDG&E says would transmit renewable energy including wind, solar and geothermal via the existing Southwest Powerlink. Currently awaiting review by the California Public Utilities Commission, the project is also touted to improve reliability to backcountry communities and reservations by rebuilding a 50-year old substantion in Boulevard. The substation would also connect to a new 13-mile, 138-kilovolt power line to connect to the Southwest Powerlink near the border. New communications equipment is also planned.

“This type of infrastructure is critical to delivering electricity generated by proposed wind projects in and around San Diego County,” said Nancy Rader, executive director of the California Wind Energy Association.

Monique La Chappa, Campo tribal chairwoman, also praised the project. “SDG&E’s ECO project is going to ensure that renewable energy development like our wind project and many others become a reality,” she said. “We are excited to expand our leladership in developing renewable energy on tribal lands and look forward to our project bringing green jobs and clean air benefits to all of San Diego County.” 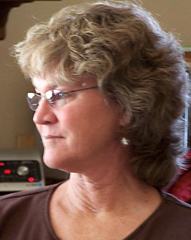 But Donna Tisdale, chair of the Boulevard Planning Group and a leader in the battle to halt construction of Sunrise Powerlink, accused SDG&E of portraying the project as something to help local communities when in fact the key beneficiary would be SDG&E.

“They talk about increasing the energy reliability for our rural communities out of one side of their mouth and out of the other they are saying they need to shut off our power when the wind blows too hard. How reliable is that?” she asked, referring to the utility’s proposal to shut off power during high fire-risk conditions. “They say they need to shut off our power because they are worried about fires generated by their lines, yet they are planning to install the new Sunrise Powerlink, the ECO Substation, more powerlines, and new industrial wind turbines on the Campo Reservation. All of these can ignite fires and also interfere with fire fighting, allowing fires to spread. Their parent company, Sempra, is also trying to install industrial turbines just south of the border with a 500 kV cross border transmission line to connect to the ECO Substation and the Sunrise Powerlink via the existing Southwest Powerlink,” she noted.

“Several documents, including the DOE (Dept. of Energy) documents for Sempra’s wind project, note the need for Sunrise to accommodate the increased energy proposed to be produced here. However, that is not mentioned in SDG&E’s application with the PUC. Why not? Too controversial? What about full disclosure?”

Tisdale objects to the “industrialization” of rural committees and open space, including public lands.
The Iberdole wind project proposed for McCain Valley, near Boulevard, would also connect to Sunrise Powerlink via the revamped Boulevard Substation, ECO Substation and Southwest Powerlink, requiring an other 7-10 miles of new power lines, she said. In addition, she notes, the Sunrise Powerlink Final Evironmental Impact Report suggests the SDG&E ECO Substation and Sempra Mexican wind project are closely related.

The Campo-Boulevard border region has been prone to smuggling and violence, including the recent murder of U.S. Border Patrol Agent Robert Rosas. “How reliable is it to import energy from Mexico from such a volatile area of the border?” Tisdale asked.