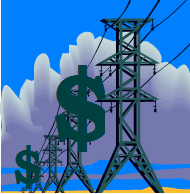 “While we believe these types of surveys can provide valuable information, the methodology the JEA survey uses, i.e. ranking utilities’ rates based on bills of 1,250 kWh per month, does not accurately reflect SDG&E customers’ actual usage pattern, resulting in an “apples to oranges” comparison with other utilities.”

Donavan added, “The reality is that fewer than 5 percent of SDG&E residential customers saw utility bills with energy use as high as 1,250 kWh in 2012. In that same year, SDG&E’s average residential usage was about 500 kWh per month – far less than half the JEA survey’s benchmark usage. SDG&E’s customers’ energy use is far lower than the JEA benchmark for a number of reasons, including their diligent energy-efficiency efforts and SDG&E’s ongoing outreach to help them manage their usage and their bills to save energy and money.”

Donavan called the JEA survey “counterproductive in our efforts to educate our customers and stakeholders about their energy consumption, rates and bills.  For that reason, we’ve chosen to discontinue our participation in this survey.”

Currently the survey lists Southern California Edison rates at $250 per 1000 kilowatt hours as highest in the nation.

Bauder states, “I asked San Diego Gas if it wanted to dispute Rider’s number and never heard back.”

I know how to do all the common sense energy saving things.I use CFL's, turn off lights and TV's when not in use and minimize the use of heating and a/c. My last bill was $19.00 for gas and $70.00 for electricity. Temps have been mild and my bills have been much higher during hot or cool periods.
If you have to have computers, printers, etc. running or you are stuck with an electric washer/dryer or other electric appliances the bills are staggering and there's not much you can do about those issues.