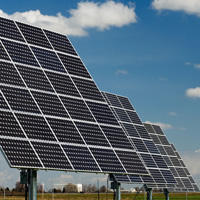 According to SDG&E, the El Centro solar project will create nearly 300 construction jobs in the Imperial Valley during the two-year construction period. The power will be delivered across Sunrise Powerlink.

UC San Diego currently has a demonstration tracking device of the Concentrated Photovoltaic (CPV)solar technology that will be produced at the new Soitec factory. Soitec’s CPV is capable of producing power more efficiently than traditional solar panels, according to an SDG&E press release. The solar technology will be built in a San Diego area factory and used to create a solar farm in Imperial Valley.