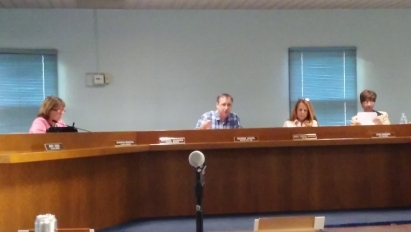 July 26, 2016 (Lemon Grove) -- San Diego State University has chosen Lemon Grove for its 2016-2017 Sage Project, in which students partner with cities on a variety of projects ranging from helping the homeless to recreation programs and public art. Council unanimously approved the Sage Partnership.

SDSU’s Sage Project is modeled after the Sustainable City Year Program, in which students gain experience solving real-world problems while cities pay far less than if they were to hire professionals for the work. Mayor Sessom and Mayor Pro Tem Gastil, both college educators, indicated the partnership is a win-win, with Gastil stating, “For a small city we have a lot of really good resources, the Lemon Grove historical society, one of the best county libraries, 22 churches. For a City of 25,000 we have an awful lot to draw on. But at times, short on social capital.”

The first four years of the project were dedicated to the cities of San Diego, Santee and National City. Councilmember Mendoza already seemed eager to extend the project for a second year. The first year includes a memorandum of understanding with a cost not to exceed $150,000. Sage Coordinator Jessica Barlow indicated these were to ensure instructors do not have to pay out of project for their class’ participation

Deliverables include research, designs, solutions, resources and recommendations and best practices. Based on input from the Mayor, Dr. Barlow of SDSU will inform students that the City owns the rights to the ideas submitted, saying “nothing pleases our students more than seeing their ideas implemented.”

Mayor Mary Sessom, Vice Mayor George Gastil and Councilmember Jennifer Mendoza were the only three members present at the Lemon Grove City Council Tuesday, forming a bare majority for a quorum. Any vote taken that night could lose based on a single attending council member’s opposition.