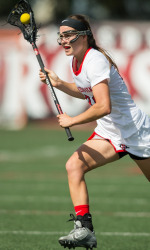 On Sunday, SDSU will remain in the Central Valley to participate in the Fresno State Play Day, squaring off against three additional MPSF adversaries in Saint Mary’s (10 a.m. PT), UC Davis (11 a.m. PT) and Stanford (noon PT), which advanced to the second round of the NCAA Tournament, followed by a rematch with the host Bulldogs (1 p.m. PT) in the finale.

The Scarlet and Black will return to Montezuma Mesa the following weekend when it conducts its annual alumni game at Aztec Lacrosse Field. Match time is set for 10 a.m. PT.

Later in the month, SDSU will hit the road for an East Coast excursion when it competes in play days at Navy and Maryland, respectively. On Oct. 15, the Aztecs will arrive at the U.S, Naval Academy in Annapolis, Md., facing four schools in Towson (1:30 p.m. ET), Drexel (2:30 p.m. ET), Louisville (4:30 p.m. ET) and St. Joseph’s (6:30 p.m. ET). Towson and Louisville both appeared in the NCAA Tournament last spring as well.

The next day, San Diego State will make a short trip back across the Old Line State to College Park, Md., where it will tangle with Elon (11 a.m. ET) and NCAA runner-up Maryland (12:15 p.m. ET).

The Aztecs conclude their fall campaign with a short trip to Los Angeles for a matchup with defending MPSF tournament champion and NCAA participant Southern California, starting at 11 a.m. PT.