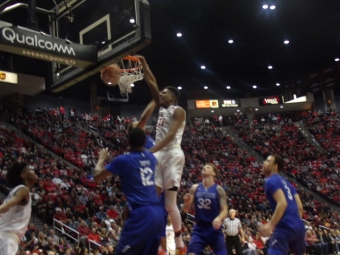 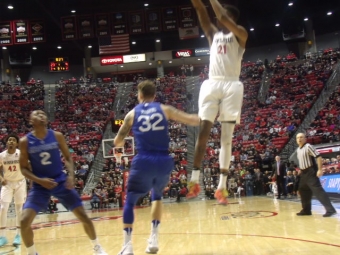 Unlike the San Jose State game, where the Aztecs couldn’t take advantage of a struggling team right away, they got right to work in this one, with huge three pointers from juniors Jeremy Hemsley and Devin Watson to leave Air Force in the dust before they could even do anything.  Watson quickly reached six points, but was tailed by senior Malik Pope, who stole the first half with a monster one-handed dunk.  Junior Max Montana nailed two threes at the end of the half to give the Aztecs a comfy 35-21 lead heading into halftime.  Hemsley and Montana led the way with eight points each.

The Aztecs eased off the gas a little bit in the second half, but still applied pressure and scored points.  Despite a foul-ridden second half, freshman Jalen McDaniels posted 16 total points and the Aztecs flew to victory over the Falcons, 81-50. 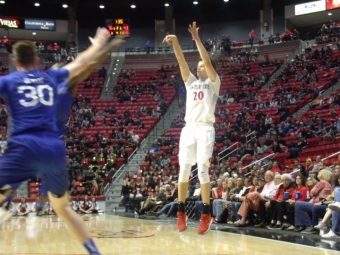 “Well obviously, I’m pleased with the way we came off the Vegas loss,” head coach Brian Dutcher said after the game.  “I thought the team responded well...I challenged them to get better defensively and I think they did today....we shot the ball well.  We got a very good shooting team.”

The Aztecs will next travel to Fresno for a Tuesday night showdown with the Bulldogs.  Tip-off is set for 8:00 p.m. 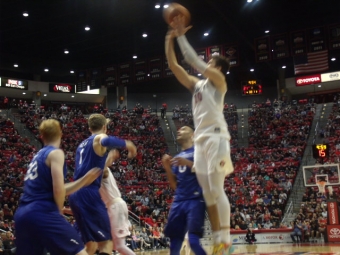