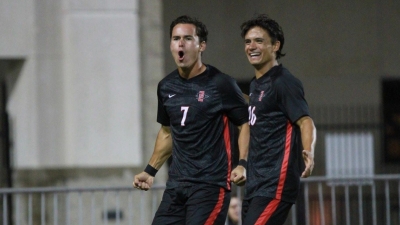 Aztecs finish year with their first winning season since 2016

The Aztecs outshot the Bruins 13-8 and 9-6 in shots on goal and also had 15 corners to UCLA’s 2, but had a couple costly defensive miscues that directly led to Bruin goals.

“We won every stat on the scoreboard except the most important one,” Head coach Ryan Hopkins said after the match. “Their goalie had a good performance. We had gone through some stretches where we weren’t creating a lot, so I was happy with the chances we created. Soccer is a fickle sport. Sometimes it goes in, sometimes it doesn’t.”

UCLA scored 30 seconds into the match when Jose Contell sent a cross into the box that was deflected by Kevin Dias to Tommy Silva.

Silva would score again in the 10th minute

They finally found the back of the net on their 12th corner when Alex Hjælmof’s corner found Austin Wehner who headed the ball inside the near post.

SDSU’s other great chances came in the 16th minute. First, it was a Blake Bowen strike when dribbling to his right across the top of the box that was deflected out of bounds by the Bruin keeper. That set up a corner kick that found Kyle Colonna’s head, where another remarkable save was required.

The Aztecs allowed four goals on six shots on goal.

The Aztecs finish the year 8-7-2, their first season with a winning record since 2016.