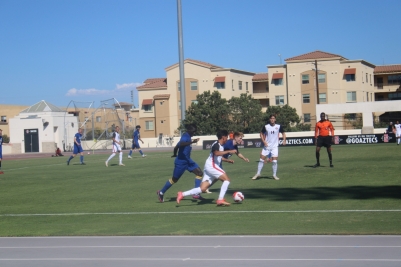 Story and photos by Liz Alper
September 12, 2021 (San Diego) - After a year-long hiatus thanks to the pandemic, ECM Sports is back and today, we traveled to SDSU Sports Deck to watch Aztecs men’s soccer take on Cal State Bakersfield.

SDSU was getting chance after chance in the first half and it finally paid off in the 35th minute after a free kick from freshman Donovan Roux (the younger brother of senior Tevenn Roux) was headed in cleanly by junior Kyle Colonna. 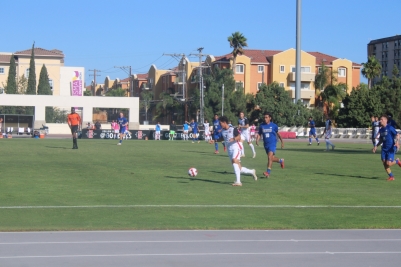 The Aztecs may not have been able to capitalize on any chances in the second half, but they defended well and played hard and it earned them a 1-0 victory over the Roadrunners to remain undefeated through four matches.
UP NEXT
The Aztecs stay home and start Pac-12 play when they host Cal-Berkeley Thursday at 7 p.m. on the Sports Deck. 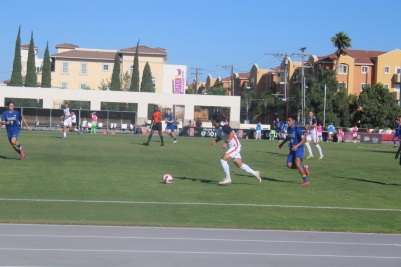 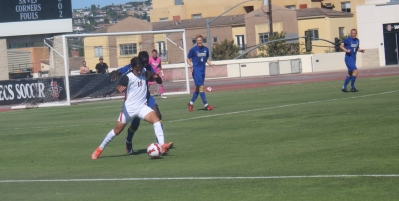 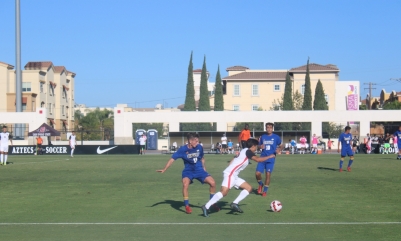