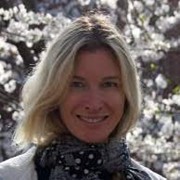 March 18, 2022 (San Diego) -- "The war between Russia and Ukraine is absolutely barbaric...and unthinkable on its scale. We are all deeply devasted," Russian language instructor Dana Shembel at San Diego State University said in an interview with East County Magazine.

Shembel is from Moscow in Russia. She came to the United States in 1998 to pursue her Ph.D in Slavic languages and literatures at the University of Southern California, Los Angeles. After her graduation, she got her job as a professor at SDSU. She has been teaching film theory, Russian culture, and global media studies since 2005, as well as the director of the Russian program at SDSU.

She has very little family left in Russia because her immediate family is in San Diego,where  she lives with her mother and son. But she has friends in Russia who are feeling ashamed “because they understand that they are taxpayers and they have taxes going to sponsor the Russian military, so basically they indirectly kill Ukranians.” She says that they cannot even go out on streets because it is “extremely hard to resist the Totalitarian regime.”

As of our interview, she stated that 13,000 people  had been detained in various Russian cities for protesting.  Russia also has very random checkups to seek dissenters. For instance, she explains, “I have a friend in Russia who was just randomly stopped last week; he was just exiting from the subway and his phone was jacked. He called us and asked us to remove all important data and backup his icloud; before that he was detained.”

She told ECM, “The war is absolutely atrocious and horrible, but besides that, Putin is also trying to debilitate everybody's logic,” noting that Ukraine has a Jewish president, yet Putin has tried to justify the war as battlng Nazis. “ Many are even saying he is committing genocide against Ukranians, which is the most disturbing part of this,” she adds. “Many are using the language as well as Putin that refers to the Holocaust.”

President Joe Biden has been imposing sanctions such as banning Russian oil from entering the U.S.  ECM asked Shembel about impacts of the sanctions on the Russian people.

She states, “First of all, I think there is an agreement among political scientists and historians that sanctions never were able to ruin the regime. Look at Iran for example.” Even though Americans hope for immediate impact from these sanctions, Shembel says many Russians are poor and live in provincial cities, where they don’t notice the impacts, which hit the big cities more. Despite many tough sanctions imposed by the U.S. and European allies targeting the Russian economy, sanctions that have made the value of the ruble plummet, Shembel says, “Putin just does not care about the wellbeing of Russian citizens, and I don’t think that sanctions can stop him.”

Former President Trump has been praising Putin while the rest of the world condemns him.  Shembel believes, “This is terrifying.”

Trump has claimed that if he were still president, Putin would never have invaded Ukraine. Daria calls this claim “laughable.” She says it’s important to note that Putin has been “manifesting what he has been preparing the country for,” the invasion of Ukraine.

Russia has also cracked down on journalists, threatening long imprisonment and fines for any reporters who stray from Kremlin propaganda in reporting on the conflict.

“Many journalists in Russia are even choosing not to cover the war,” Shembel laments. “The Novaya Gazeta, which is an absolutely superb investigative journalism newspaper that has been running for about 28 years now, has opted to just not cover the war because there has even been a law where they cannot even say the word war.”

“It is all heartbreaking,” the SDSU Russian language teacher concludes.