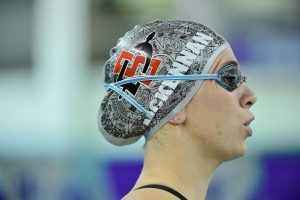 March 23, 2019 (Austin, Texas) - The San Diego State swimming and diving team concluded action at the NCAA Championships on Saturday and finished in 38th after the conclusion of the four-day event.

Both Thormalm and Morganne McKennan competed in the 200 breast preliminaries on Friday, with Thormalm finishing 38th at 2:11.25 and McKennan coming in 58th at 2:14.57. The time for Thormalm established a new personal best and ranks as the third fastest in Aztec history.