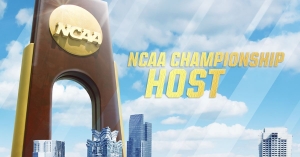 This is the third time for this specific NCAA championship bid process, which created the largest host site announcement ever, spanning 86 championships across a four-year cycle. Previously, selection announcements varied by sport. This process now gives the NCAA and host sites more time to plan each championship experience.