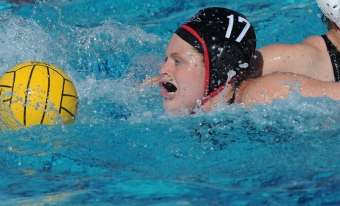 In the season opener against the Sun Devils, the Aztecs started on a great note when Ioli Benekou started the scoring off a 5-meter penalty to give the visitors the early lead. ASU, however, answered by outscoring SDSU, 5-1, the rest of the quarter to take a 5-2 lead into the next period.

The scoring slowed in the second with only Courtney Jarvis finding the back of the net for the Aztecs. The Sun Devils got goals on back-to-back possessions with 4:24 left in the half and eventually led, 7-3, at halftime.

The third quarter was all Arizona State, which received two power-play goals and a pair of even-strength tallies. SDSU was shut out in the period and could only muster a fourth-quarter goal from Delaney Parks. The hosts, meanwhile, added two more goals to provide the final margin.

Later in the day, the Aztecs returned to Mona Plummer Aquatic Center to face the Seahawks and overwhelmed them early by scoring the first four goals. Caroline Israels scored first and was followed by Alyssa Diacono’s two goals over two periods. The fourth came from Israels with 2:23 left before halftime. Wagner stopped the run and scored three of the final four goals of the quarter to get to halftime trailing SDSU, 5-3.

Much like the Arizona State game, the scoring slowed in the final 16 minutes. In the third quarter, each team scored once and both teams tickled the twine on two different occasions to keep the margin at two goals. For the Aztecs, Benekou scored in the third and Diacono had both fourth-quarter strikes.

Kathleen McDonnell, who had 12 saves vs. Sun Devils, had a career-high 13 vs. Wagner, including two huge stops late in the fourth quarter.

The Aztecs return to action on Friday, Feb. 3, at USC. Game time is scheduled for 5 p.m. PT in Los Angeles.