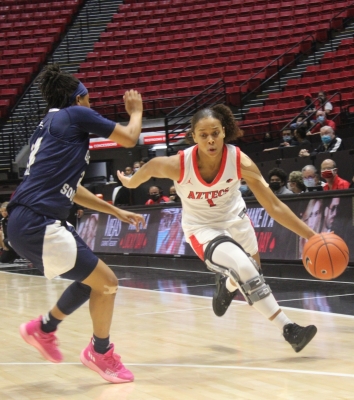 Story and photos by Liz Alper
November 20, 2021 (San Diego) - Aztecs women’s basketball is back in action with a decent 2-1 start to the season and ECM Sports finally made it to Viejas Arena to see the ladies duke it out in a Saturday morning matchup with Georgia Southern before the men take over the court tonight against UT Arlington.

The first quarter wasn’t filled with a lot of scoring, but the Aztecs fully took advantage of a struggling Georgia Southern team, including a smooth three from junior guard Mallory Adams, but the real star towards the end of the period was senior guard Sophia Ramos, who quickly racked up four points on two layups and the Aztecs led 19-7 after one. 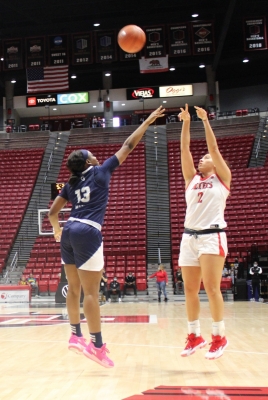 The second quarter was one plagued by fouls and blunders by the Aztecs, allowing the Eagles to play a little catch up, but the Aztecs got their momentum back at the end of the period and capped off the half with a beautiful buzzer beating jumper from senior guard Mercedes Staples and SDSU took a 29-20 lead to the locker room, Ramos leading the way with eight points.
The Eagles kept climbing back in the third with two quick threes to start the half.  Ramos finally scored some second half points for SDSU and Adams followed up with a much-needed three, but the Eagles stayed right behind and even took the lead on a three by junior guard Mya Burns, but neither she nor the Eagles were prepared for Asia Avinger.  The redshirt freshman burst onto the scene with four quick points to regain the lead for the Aztecs.  But SDSU was haunted by turnovers once again, allowing Georgia Southern to take their second lead of the game to the final quarter.  The Eagles led 43-40 after three. 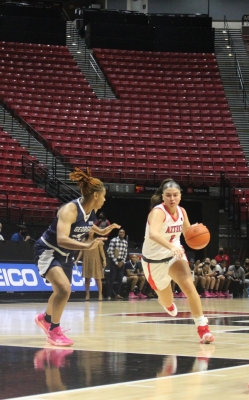 The fourth quarter was a war of threes.  Staples and Ramos nailed long balls for the Aztecs, but the Eagles kept up with threes from their guards, sophomore Terren Ward and junior Ja’nya Love-Hill.  Avinger was having absolutely none of it.  The Cerritos, Calif. native gave San Diego more than a taste of what to expect for the next four years, she gave them an entire meal.  She roared past Ramos on the stat sheet with 14 points, an and-one and a reclaimed Aztecs lead.  Four Aztecs reached double digit points this afternoon and a fantastic late fourth period gave the girls the 65-57 win and a 3-1 start to the season.
UP NEXT
The lady Aztecs have another matinee on Monday against Alabama-Birmingham.  Tipoff at Viejas Arena is at 1 p.m.  You can listen to the game on Aztec Radio Network. 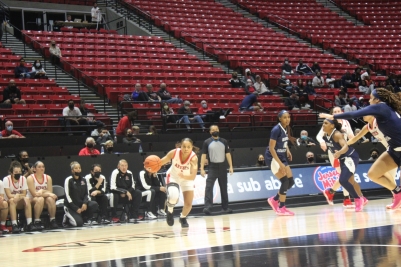 Do you want to see more coverage of SDSU women’s basketball and other SDSU sports?  Please donate to support our nonprofit sports reporting:  https://www.eastcountymagazine.org/donate.
Box 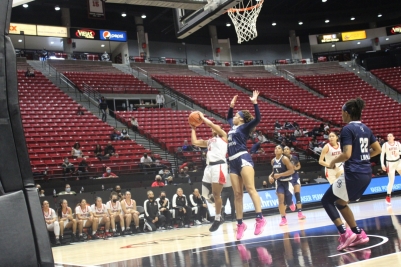 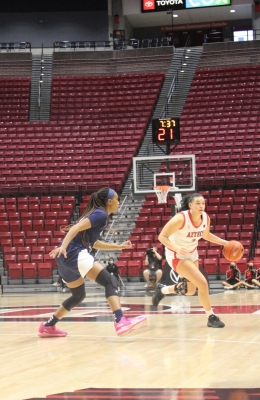 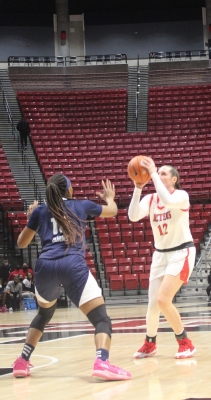 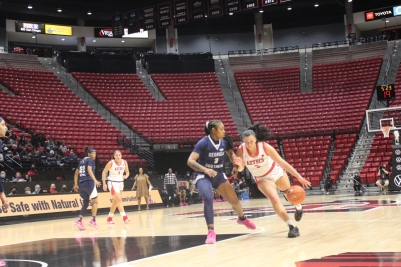 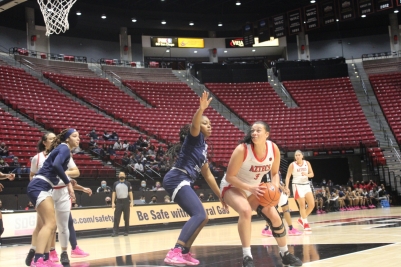 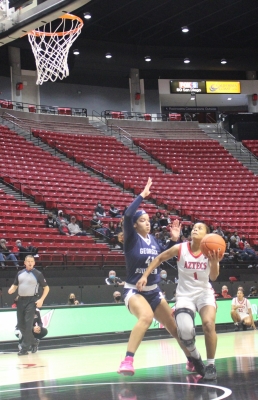 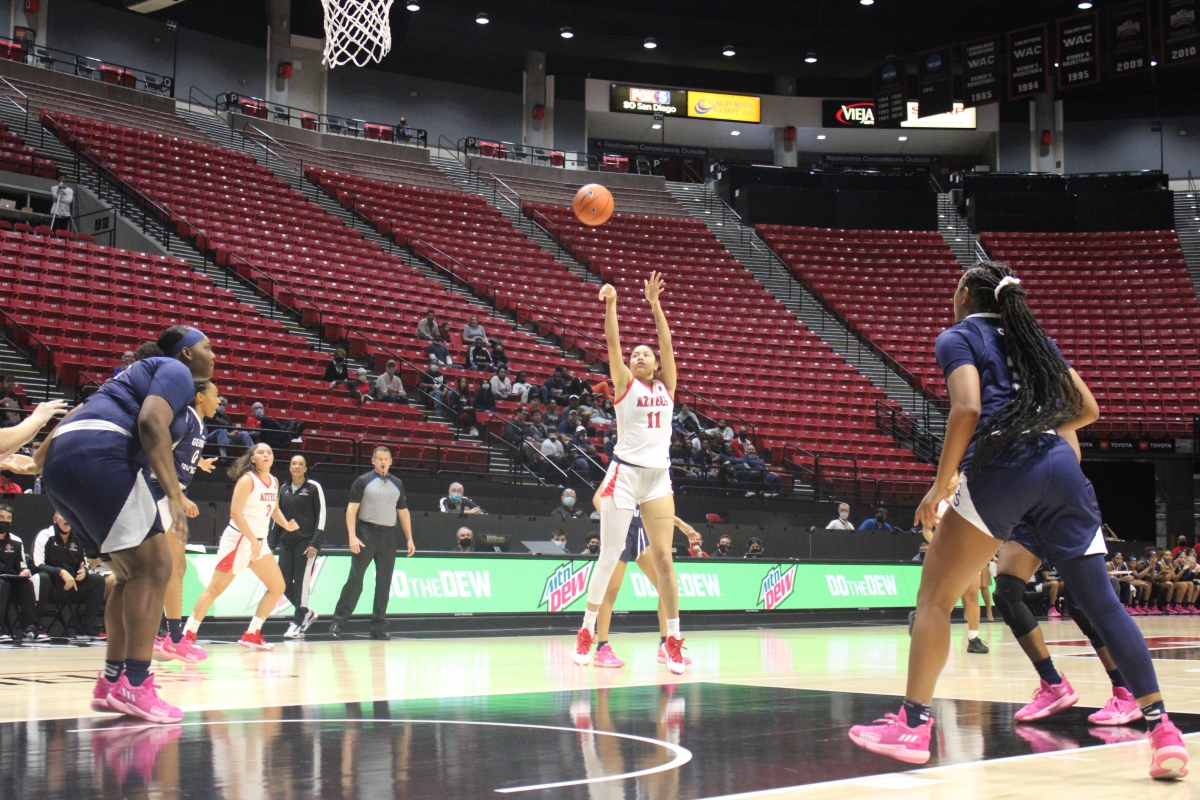