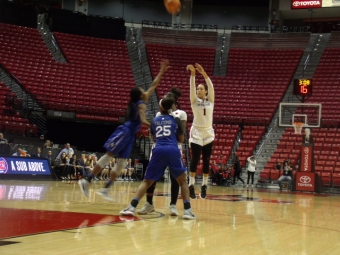 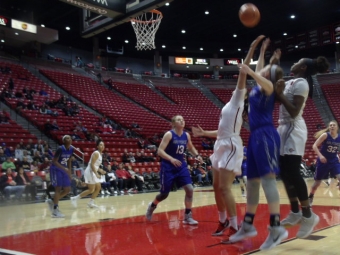 You’d think the Aztecs would have no problems with a 2-23 team.  Wrong.  They were down early and kept falling.  It wasn’t until midway through the first when sophomore Baylee Vanderdoes scored the first two points for the Aztecs on two free throws, but SDSU wouldn’t score again until senior Cheyenne Greenhouse made a layup three minutes later and a minute later when freshman Najé Murray took matters into her own hands and scored four points.  But the Falcons stayed hot and ended the first quarter up 20-8.

Nothing much changed in the second quarter, though senior Geena Gomez did get the Aztecs into double digits finally.  The Aztecs concluded a miserable half of basketball down 32-15. 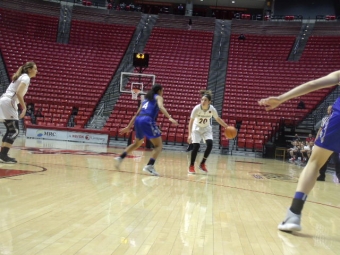 Senior Khalia Lark hit the Aztecs’ first three of the game in the third quarter and SDSU started to fight back a little bit.  They were still down big when the third ended; 47-29.

The Aztecs started a mini comeback in the fourth, but were stymied by the Falcons.  Though the fourth quarter was their most productive quarter of the game, the Aztecs still lost by eight, 56-48.  Gomez finished with 18 points.

"I think we've just been inconsistent," Gomez said after the game. "Today we just started out slow and then we decided to kind of come back in the fourth quarter."

"I didn't think we matched their intensity in the first half.  That was the problem," head coach Stacie Terry said. "I told them, I said 'I don't see any fire in your eyes' when we came in at halftime...we were struggling to put the ball in the basket and gave up too many easy looks in the first half and I think we dug ourselves a hole...disappointed in how we started.  I didn't think we did come out and respect how hard this team plays and we should because this is the second time we played them....they played harder than we did..." 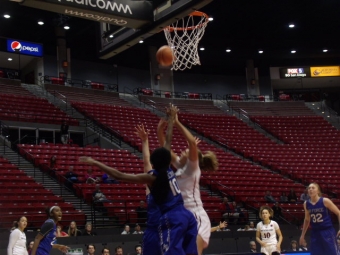 The Aztecs will stay home on Saturday to face San Jose State in their last home game of the season. Tip-off against the Spartans is set for 1:00 p.m. 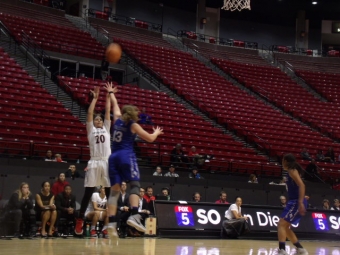 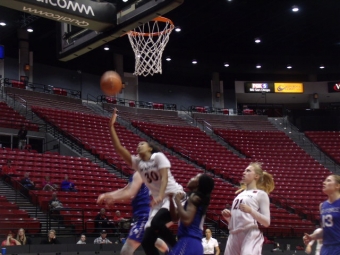