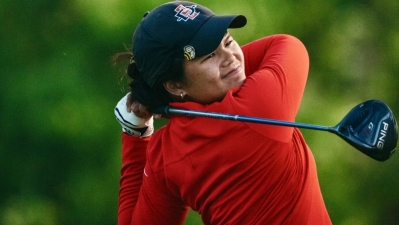 The Aztecs return all but one letterwinner

August 3, 2022 (San Diego) - Head coach Lauren Dobashi has announced the San Diego State women's golf team’s 2022-23 schedule. The Aztecs will play in 10 tournaments across six states as they attempt to make their 13th postseason in the last 14 years.

For the seventh consecutive season, the Aztecs will open its fall slate in Albuquerque, N.M. when it participates in the Dick McGuire Invitational Sept. 12-13 on UNM's Championship Golf Course. Behind two top-12 individual performances, SDSU finished fourth in this event last year.

Three weeks later, the Aztecs will play at the Ron Moore Intercollegiate Oct. 7-9 at the University of Denver’s Golf club.

October 21-23, Coach Dobashi returns to Stanford where she coached for eight years when SDSU plays in the Stanford Intercollegiate.

SDSU begins the spring campaign by hosting the annual Lamkin Invitational at The Farms Golf Club (Feb. 13-14) in nearby Rancho Santa Fe, Calif. The Aztecs have hosted this tournament every year since 2013.

The Aztecs will be in Northern California for their next two tournaments, beginning with UC Davis’ Gunrock Invitational Feb. 27-28 played at the Del Paso Country Club in Sacramento, Calif.

The following weekend, SDSU heads to Juli Inkster at Meadow Club Invitational (March 6-7, where they placed sixth a season ago.

The Aztecs will make their second cross-country trip when they play at the University of Georgia’s Liz Murphey Collegiate Classic March 24-26.

SDSU’s final regular season tournament is BYU’s Cougar Collegiate which is played at the Riverside Country Club in Provo, Utah.

SDSU returns all but one letterwinner (Sara Kjellker) from a season ago and added DII All-American Stina Wikström from Limestone University.