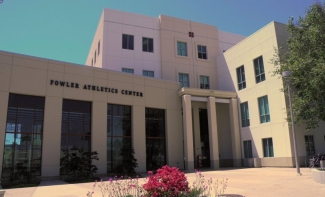 May 3, 2017 (San Diego) - The San Diego State women’s golf and volleyball programs were publically recognized by the NCAA today for their outstanding academic achievements. The recognition comes on the heels of their most recent multiyear Academic Progress Rates (APR), which were both in the top 10 percent of their sport.

Both SDSU squads turned in perfect 1,000 multiyear APR scores. The APR is an annual scorecard of academic achievement calculated for all Division I sports teams. The most recent APRs are multiyear rates based on scores from the 2012-13, 2013-14, 2014-15 and 2015-16 academic years.

This marks the 12th and 13th time a San Diego State team has earned the NCAA’s Public Recognition Award.

APR scores for all Division I teams will be released May 10. The APR measures eligibility, graduation and retention each semester or academic term and provides a clear picture of the academic performance for each team in every sport. All teams must meet an academic threshold of 930 to qualify for the postseason and can face penalties for continued low academic performance.

With its Public Recognition Award in tow, the SDSU women’s golf team will travel to Lubbock, Texas this week to prepare for the NCAA Lubbock Regional, the program’s seventh regional appearance in the last eight years. The eighth-seeded Aztecs will play 54 holes over three days, beginning Monday, May 8, on The Rawls Course, which is a par 72 and covers 6,593 yards.