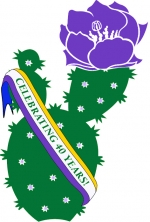 Also to be featured throughout the year: exhibits in Love Library and at San Diego’s Women’s History Museum beginning summer 2010; theatrical performances and a special publication of personal narratives.