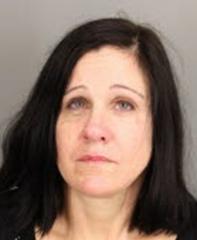 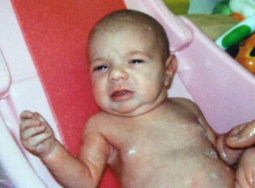 April 5, 2013 (San Diego’s East County) – As darkness nears, a search intensifies for a woman suspected of abducting a 3-week-old baby, her niece, from the 9100 block of  Valencia Street in Spring Valley, the Sheriff’ s office has confirmed.

A black SUV belonging to the suspect, Deborah Ann Fowler, 46, was found abandoned in the 10000 block of Vine Street in Lakeside.  A multil-agency search team is scouring banks of the San Diego Riverbed including transient camps.

According to ECM news partner 10 News, the child's grandmother has custody of the infant, Anissa Von Goerlitz. She told deputies she awoke after a nap around 11:30 to find the child missing and believed the three-week-old baby may have been taken without permission by an aunt. The aunt's vehicle was seen in Lakeside.

The ASTREA making announcements overhead. Volunteers with Sheriff's Search and Rescue are also on scene along with deputies from the Lemon Grove and Santee Stations. K-9s from the Border Patrol are also helping with the search.

"Our priority is to check the welfare of the child and make sure she is okay," a release issued by the Sheriff this evening states.