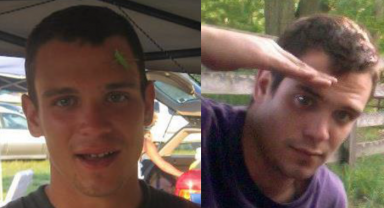 February 24, 2015 (San Diego) updated February 26, 2015—San Diego Search and Rescue Crews are hunting for a 28-year-old hiker, Chris Sylvia, who left Anza, California on Thursday, February 12th to hike south on the Pacific Crest Trail for a week or more. He called a friend February 16th to meet him near Warner Springs to pickup supplies on February 17th, but never arrived.

His friend told authorities he assumed Sylvia had continued his hike without stopping. But when he failed to reach his final destination, Campo, Sylvia’s friend became concerned and contacted the Sheriff on February 24.

Also on the 24th, other hikers found gear including a sleeping bag, sleeping pad and backpack that appear to belong to Sylvia. His identification was also found at this site approximately 13 miles off Highgway 79, north of Warner Springs.

Sylvia is described as white with brown hair and hazel eyes, unshaven with a mustache and goatee.  He is 5 feet 8 inches tall and weighs 155 pounds. He was last seen wearing a dark fleece  jacket, green camouflage pantsw and dark brown hiking boots.