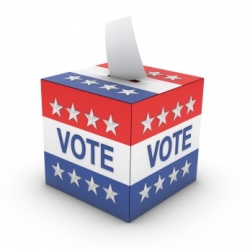 March 25, 2015 (Sacramento)--What if every California citizen could be eligible to vote?

“I think most Californians ought to participate and would love to participate,” Padilla says, the Sacramento Bee reports. “Let’s get them on the rolls automatically and put all the resources and energy we’ve put into voter registration into voter education.”

Two legislators, Democratic Assembly members Kevin McCarty and Luis Alejo, have indicated they plan to work with Padilla to draft a bill.

So how many people would be affected?  Padilla estimates that nearly 7 million people who are eligible to vote in California have not registered.

Oregon has enacted a similar policy, mailing ballots for every citizen listed with its Department of Motor Vehicles.

Advocates hope automatic voter registration will boost participation in elections in California, where voter turn-out rates have been anemic in recent years.

And we're sure all those illegals getting CA drivers' licenses will NOT be automatically registered to vote....right?