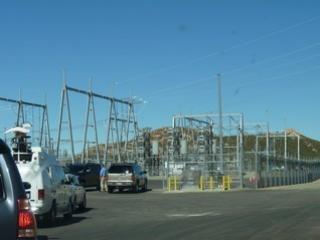 Sempra Energy’s 2015 results included: a $36 million after-tax gain on the sale of the second block of Sempra U.S. Gas & Power’s Mesquite power facility; a benefit of $15 million after tax for San Diego Gas & Electric (SDG&E), due to a reduction in the loss related to the San Onofre Nuclear Generating Station (SONGS); and $10 million after tax in liquefied natural gas (LNG) liquefaction development expenses.

“We are pleased SoCalGas was able to permanently stop the Aliso Canyon natural gas leak last week,” said Debra L. Reed, chairman and CEO of Sempra Energy. “We recognize the disruption the leak has caused to SoCalGas customers living in the neighborhoods adjacent to the Aliso Canyon facility. SoCalGas is committed to helping local residents return to their normal lives as quickly as possible and also will support forward-looking regulations to ensure the safety of natural gas storage operations going forward.

“Despite this operational challenge at SoCalGas, we produced strong financial results in 2015. We successfully grew operating earnings and outperformed our adjusted earnings guidance for the year. Looking forward, our key capital projects and initiatives are progressing well, and we are executing our five-year financial plan, which we expect will generate earnings growth at about twice the utility industry average.”

Beginning in the first quarter 2015, SoCalGas adopted an order by the California Public Utilities Commission (CPUC) to recognize revenues from the utility’s core activities on a seasonally adjusted basis (seasonality). The application of seasonality to revenues results in substantially all of SoCalGas’ annual earnings being reported in the first and fourth quarters of the year, but did not affect full-year earnings or cash flow. Due to seasonality, Sempra Energy’s fourth-quarter 2015 earnings reflected $48 million higher earnings at SoCalGas, compared with the fourth quarter 2014, offsetting the net seasonality impact on earnings through the first three quarters of 2015.

Last week, Sempra Energy’s board of directors approved an 8-percent increase in the company’s annualized dividend to $3.02 per share from $2.80 per share.

SoCalGas’ full-year earnings were $419 million in 2015, up from $332 million in 2014, due primarily to a lower effective tax rate, including favorable resolution of prior years’ income-tax matters. Additionally, in 2015, SoCalGas’ increased earnings were due to higher CPUC base margin, net of operating expenses; a retroactive rate base benefit approved by the CPUC in 2015; and higher regulatory earnings on projects under construction.

In the fourth quarter 2015, Sempra South American Utilities’ earnings were $46 million, down from $63 million in the prior year’s fourth quarter, due primarily to lower income-tax expense in 2014 as a result of Peruvian tax reform.

In 2015, Sempra Mexico’s earnings were $213 million, up from $192 million in 2014, primarily due to a full year of earnings from pipelines that were placed into service in the fourth quarter 2014.

In 2015, earnings for Sempra Renewables were $63 million, down from $81 million in 2014, due primarily to $24 million in gains in 2014 from the sale of 50-percent equity interests in the Copper Mountain Solar 3 and Broken Bow 2 Wind projects.

Sempra Energy today set its 2016 adjusted earnings-per-share guidance range at $4.80 to $5.20. The adjusted earnings guidance for 2016 excludes any gains or losses on potential acquisitions or asset sales. This adjusted guidance has been updated based on several new assumptions for 2016 with the inclusion of projected LNG development expenses, revised forecasts for natural gas prices and foreign currency effects, and estimates based on the multi-party settlement agreement filed in the California utilities’ 2016 General Rate Case, among other factors.

Sempra Energy, based in San Diego, is a Fortune 500 energy services holding company with 2015 revenues of more than $10 billion. The Sempra Energy companies’ 17,000 employees serve more than 32 million consumers worldwide.