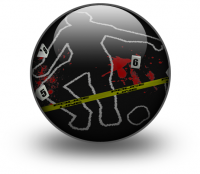 The pedestrian, Robert Fisher, 54, was later struck by a second vehicle and died at the scene.

“The vehicle seized is a white 2008 Ford 550 work truck owned by SDGE/Sempra Energy. Current evidence indicates the vehicle was not operating in an official, on-duty capacity at the time of the collision,” said Lt. R. Soulard with El Cajon Police. “SDG&E/Sempra Energy has been fully cooperative in this investigation,” Lt. Soulard added.

The pedestrian was crossing the roadway between controlled intersections when struck by the truck, which fled the scene, leaving the victim lying in the roadway.  The driver of a second vehicle that struck the downed pedestrian remained on scene; the driver and passenger of the second vehicle were not injured.

It has not yet been announced what charges the driver of the SDG&E truck will face and the investigation is continuing.

Sempra issued the following statement: "This a terrible tragedy. SDG&E is cooperating fully with authorities. Our employee is suspended pending an investigation."

Anyone with information regarding this collision or persons involved is encouraged to contact the El Cajon Police Department Traffic Division at 619-441-1632.

The man who took your life continues to drink and drive. I'm sure he will hurt someone else. I'm sorry he took your life and my heart goes out to your family. RIP Mr Fisher.