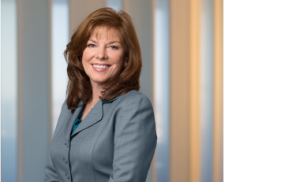 Fortune’s “Most Powerful Women in Business” was launched in 1998 to recognize the most successful women in the nation.

In compiling the list, Fortune’s editors consider four criteria: the size and importance of the woman's business in the global economy; the health and direction of the business; the arc of the woman's career; and social and cultural influence.

Reed first joined SoCalGas in 1978 and became the company’s first female officer 10 years later. She holds a bachelor’s degree in civil engineering from the University of Southern California.