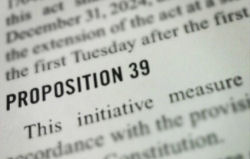 “Hearing from experts and community members has been a great learning process about the needs of our communities,” said Senator De León. “I look forward to several more hearings we have planned around the state to seek input from stakeholders and to working on passing Senate Bill 39 so we can get Californians back to work, save energy and improve conditions for our schoolchildren.”

Senator De León has introduced Senate Bill 39, which will award energy efficiency upgrade grants to the most economically disadvantaged school communities in need of modernization. These grants will maximize job creation; create long-term energy cost savings for schools and put money back in classrooms; shrink our carbon footprint and reduce pollution creating cleaner air for our children; create accountability and transparency to ensure we invest in line with the voters' will; and minimize bureaucracy so the public experiences maximum value in real projects. To meet these goals, Senator De León is meeting with stakeholders around the state to solidify SB 39, to give the voters what they asked for – by a 20 point margin: jobs and greater energy savings.

At the hearing, Stan Dobbs, Chief Financial Officer of the San Diego Unified School District, shared their total utilities cost for 2011-2012 was $17.4 Million. The gas and electric service alone was $13 Million.  By retrofitting schools in the district, it is estimated the energy savings could be around 25%, generating an additional $3.25 Million that could support teachers and efficient district operations that have been especially hard hit by cuts in recent years.

Tom Lemmon, Business Manager for the San Diego County Building and Construction Trades Council, AFL-CIO focused on the California comeback, “The public wants to see the initiative money go towards creating badly needed jobs for the unemployed. The construction trades have been hit the hardest, and retrofitting California's public schools will be a mini-stimulus package potentially creating 66,000 good jobs and apprenticeship opportunities for well-trained workers in California that can’t be outsourced.

Mary Luévano with Global Green cited their study, Healthier, Wealthier, Wiser: A Report on National Green Schools, which compiled several studies, including data from the United States Green Building Council which reports that green schools on average save $100,000 per year – enough to hire 2 new teachers, buy 500 new computers, or purchase 5000 new textbooks. Researchers have also found that students in old buildings scored 5-7 percentage points lower than students in new buildings and that classroom noise, lighting and temperature improvements can lead to a 36-point increase in California Academic Performance Index scores.

The Center for the Next Generation, released a white paper that has provided a foundation for SB 39 implementation. Findings from the paper include:

After a series of Senate Select Committee on Energy Efficiency stakeholder meetings around the state, Senator De León teamed up with Tom Steyer and former Secretary of State George Shultz as co-chairs of Proposition 39 to close a $1 billion tax loophole to restore fairness to California’s corporate tax system. Created in a last-minute, closed-door budget deal in 2009, the loophole gave out-of-state corporations an unfair tax advantage over California.

More information and research can be found at www.SB39AdvanceCalifornia.org