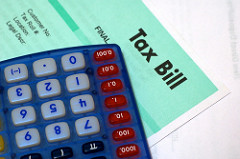 December 4, 2017 (Washington D.C.) --By a narrow 51 to 49 vote, the Senate has approved a sweeping tax overhaul bill that marks the first significant legislative victory for President Donald Trump.  The Tax Cut and Jobs Act is broad, providing major long-term cuts for corporations and wealthy individuals plus short-term tax cuts for millions of other Americans.

But many of the savings for ordinary Americans will be negated, since the bill also takes away numerous tax deductions and eliminates a key provision of the Affordable Healthcare Act Act, meaning premiums will rise and many will lose healthcare, the Washington Post, Forbes and New York Times report.

A Washington Post analysis finds that 62 percent of Americans will get a tax cut of at least $100 in 2019, but 38 percent will get no tax cuts. Less than half (44 percent) would have cuts of $500 or more—and most of those are wealthy, not middle class or low income families. By 2027, only 16 percent of individuals will still have tax cuts; 84 percent of Americans will have none.  But the cuts for corporations are permanent.

The cuts are estimated by the nonpartisan Congressional Budget Office to increase the deficit by $1.3 trillion dollars, a forecast Republican leaders dispute, claiming cutting taxes for companies and the wealthy will result in job creation and economic growth.

Here are highlights of how the bill, if signed into law as written, would affect individuals, the healthcare market, corporations and more:

The bill cuts rates in all seven tax brackets, but only until 2026.  The AARP opposed the bill, saying it would raise taxes on over a million seniors by 2019 due to loss of numerous credits and deductions including elimination of the personal exemption for spouses and each child, deductions for moving expenses,  tax preparation costs, and losses from wildfires or other disasters.  The bill also limits deductions for state and local income taxes paid to $10,000.

TCongress has repeatedly failed to repeal the Affordable Care Act, or Obamacare.  But this bill effectively undercuts a key underpinning of the ACA.  It eliminates the mandate for people to buy healthcare. The nonpartisan Congressional Budget Office predicts the Senate bill, if enacted, will cause healthcare premiums to rise about 10 percent a year and cause 4 million people to drop insurance by 2019, with another 13 million forced to drop insurance by 2027 due to lack of affordability.  Rising premiums and/or loss of health insurance could far exceed the short-term savings on income taxes for many low and moderate income families.

Biggest beneficiaries are corporations.  The tax rate for big businesses will drop from 35 percent to 20 percent starting in 1919, and those cuts are permanent. The aim was to make U.S. corporate taxes less than foreign countries to increase competitiveness.  The bill further reduces taxes for multi-national players by requiring them to be taxed mainly on their earnings in the U.S., instead of on all income earned worldwide as is currently required.

The top rate on the income earned by owners of "flow through" businesses -- S corporations and partnerships -- is reduced from 39.6% to just under 30%, Forbes reports. This form of business is utilized not only by large businesses but also many smaller firms such as law firms and accounting businesses.

The Congressional Budget Office estimates over 80 percent of millionaires will pay less in taxes under the Senate measure. In addition to having their taxes reduced with the top tier falling from 39.6 to 38.5 percent, rich people won’t have to pay a penny in inheritance taxes unless their estate is valued over $11 million, or $22 million for married couples. Current law sets the threshold at $5.5 million.  The Senate bill means only an estimated 1,800 families a year would pay inheritance tax.

Currently if you sell your home, the first $250,000 that you gain is tax-free if it’s your primary residence and you lived in the house at least two of the last eight years.  Now you’d have to live there at least eight years to get the deduction. The bill also eliminates deductions for home equity debt and if you lose your home in a fire, flood, earthquake or other disaster, you can’t take a write-off for your losses.

The measure lets people spend up to $10,000 a year from tax-advantaged 529 savings accounts to pay for tuition at religious and private schools including K-12 and colleges. The bill imposes a new tax of 1.4 percent on large college endowments to private colleges such as Stanford or the University of San Diego (USD), which would owe the tax on endowments worth over a half million dollars per student.

The Senate’s bill would open up Alaska’s Arctic National Wildlife Refuge to oil and gas drilling, along a 1.5 million acre coastal plain.  This action has long been opposed by environmentalists but pushed forward by both parties in Alaska, where fossil fuel production profits are shared by Alaskan taxpayers.

Two controversial clauses in the House version of the bill were eliminated by the Senate. One provision in the House plan would have repealed the Johnson Amendment and allowed churches and other nonprofits to engage in political  activities such as lobbying and endorsing candidates.  The other clause stricken by the Senate would have allowed parents to use tax-free savings plans for unborn children, language opposed by abortion rights supporters who argued it sought to define a fetus as a person.

The Senate also made other changes.  The House bill would have eliminated tax deductions for teachers who buy supplies for students. The Senate version does the opposite, doubling the size of that deduction.

President Donald Trump hailed passage of the measure on Twitter, stating, “Biggest Tax Bill and Tax Cuts in history just passed in the Senate,” thanking legislators who voted for the bill.

All Senate Democrats voted against the bill, including California Senators Dianne Feinstein and Kamala Harris.  The measure which passed with only Republican backing.

Democratic leaders called it irresponsible to vote on a nearly 500 page bill that was provided  late at night in a non-searchable format, with many last-minute provisions added at the request of lobbyists before the vote cast early in the morning. So no one had time to read or research the final bill before casting votes. Senate Minority Leader Chuck Schumer warned that key changes were made “under the cover of darkness” to “stuff even more money into the pockets of the wealthy and the biggest corporations while raising taxes on millions in the middle class.”

The measure now advances to a reconciliation process to resolve differences in the House and Senate versions before it can be sent to President Trump for signature.

The tax bill is drawing protests, including a demonstration against the measure being held today in downtown San Diego.