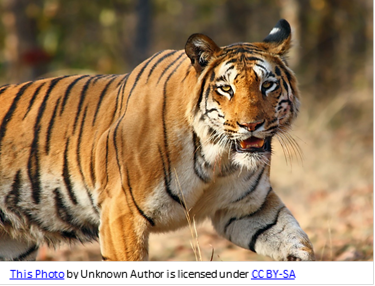 Lions, tigers and other exotic felines are kept as pets, photo props and roadside zoo spectacles across the U.S.

June 5, 2018 (Washington D.C) -- The Animal Welfare Institute, Big Cat Rescue, Born Free USA, the International Fund for Animal Welfare, The Humane Society of the United States and Humane Society Legislative Fund are celebrating the introduction of the Big Cat Public Safety Act (BCPSA) in the U.S. Senate.  Championed by Senator Richard Blumenthal of Connecticut, the bill would ensure that unqualified individuals, including chronic animal abusers, are prohibited from obtaining and keeping dangerous big cats like tigers, lions, leopards and pumas.

By reintroducing the BCPSA, senators from six states across the nation are joining more than 130 bipartisan members of the U.S. House of Representatives in calling for an end to the unregulated trade in “pet” tigers and nationwide abuse of captive big cats. Recent national headlines have documented public outrage at the inhumane display of a tiger at a high school prom, alarm as federal agents discovered a tiger cub in a duffel bag, and confusion when a young tiger was spotted roaming a Texas neighborhood. Such examples underscore the public’s growing concern about the treatment of big cats­­—and the sponsors of the Big Cat Public Safety Act have made it clear that they are listening.

The measure would not affect certified sanctuaries such as Lions, Tigers and Bears in Alpine, a big-cat rescue facility.  LTB owner Bobbi Brink has long called for federal legislation to prohibit individuals and breeders from owning exotic big cats, which are often abused or neglected. But she told ECM that she has been working to enact another more comprehensive bill than this one; of the current bill she says it would do some good to curb private ownership but doesn't go as far as the bill she has been backing. She voiced frustration that the Interior Department's currente staff seemed unaware of prior efforts.

The new bill, if enacted, would keep dangerous big cats out of the hands of private individuals, as well as breeders and exhibitors with egregious, ongoing Animal Welfare Act violations, and unscrupulous businesses that have historically taken advantage of loopholes to circumvent existing restrictions, backers say. The BCPSA would close these loopholes while providing exemptions for qualified wildlife sanctuaries and exhibitors licensed by the U.S. Department of Agriculture that meet basic standards intended to protect the public and animals.

According to Kate Dylewsky, senior policy advisor at the Animal Welfare Institute, “across the country, thousands of big cats are kept in miserable and unsecure conditions by irresponsible owners. It’s a problem that causes immeasurable animal suffering and appalling threats to human safety. The solution is simple. Big cats should not continue to end up in facilities or with individuals who are ill-equipped to handle them. The Big Cat Public Safety Act is a smart solution to a dangerous and cruel situation.”

Prashant Khetan, CEO and General Counsel of Born Free USA, added: “This common-sense bill is an urgently-needed answer to the problem of big cats kept in unsafe and abusive situations around the country. Thousands of big cats are currently owned as pets or maintained in ill-equipped roadside zoos and menageries, which pose a severe risk to the safety of people in surrounding communities, as well as the welfare of the cats themselves. It’s about time that we had a federal law that can serve to stop this inhumane practice around the country.”

Nicole Paquette, vice president of wildlife for the Humane Society of the United States, said, “Tigers, lions and other big cats should not be kept in peoples’ homes or backyards. In order to protect the public, there needs to be strong oversight of these private owners who, in most cases, do not have the expertise needed to properly care for these animals in captivity. Some states have few or no laws regarding the keeping of big cats and it’s time for a uniform federal law that ends this dangerous industry once and for all.”

Carson Barylak, campaigns officer at the International Fund for Animal Welfare, noted that “there are now more tigers in backyards, roadside zoos, private menageries, and other unqualified facilities across the U.S. than remain the wild worldwide. They are often kept in inhumane conditions, deprived of even the most basic needs such as adequate nutrition, veterinary care, stimulation and space.” In addition to jeopardizing the wellbeing of countless captive big cats, she explained, “the poorly regulated trade that the Act seeks to address also threatens the public and first responders, who are left to handle dangerous—and sometimes deadly—escapes, attacks, maulings and other emergencies driven by the captive big cat trade.”

"Relying on accredited sanctuaries to take in unwanted and usually neglected big cats is not a viable solution to the big cat crisis in this country," said Carole Baskin, founder and CEO of Big Cat Rescue. "When big cats are wrongly kept as pets or cruelly exploited in entertainment businesses, they often endure tremendous suffering for years in deplorable conditions with inadequate nutrition and little, if any, veterinary care. Then when owners no longer want the cats or they are seized by authorities, the substantial financial burden to house, feed and provide long-term vet care for these big cats falls upon sanctuaries. It costs Big Cat Rescue $10,000 per year for food and vet care for one tiger. The Big Cat Public Safety Act will finally address the inhumane treatment of the vast majority of big cats in America."