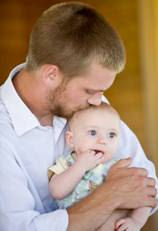 September 22, 2012 (Washington, D.C.) -- The Senate Committee on Veterans Affairs on Wednesday has approved a package of bills, including legislation (S 3313) that would expand access to assisted reproductive technologies for veterans with combat-related infertility conditions and their spouses, CQ Today reports (Fuller, CQ Today, 9/12).

The bill, sponsored by Sen. Patty Murray (D-Wash.), authorizes the Department of Veterans Affairs to provide coverage for in vitro fertilization and other ART procedures. Since 2003, more than 1,830 veterans of the wars in Afghanistan and Iraq sustained pelvic or genital injuries that could affect their fertility, according to Department of Defense figures released by Murray's office.

Sen. Richard Burr (R-N.C.) introduced and later withdrew an amendment that would have exempted VA from covering the cost of artificial insemination using surrogates or donor eggs and sperm, which is similar to the Department of Defense's policy. Murray said the provision would unfairly exclude injured veterans who are unable to conceive. "It is not our place to pick winners and losers based on the severity of the injury," she said.

The committee adopted a separate amendment by Burr that would provide adoption assistance to wounded veterans. The amendment also would require VA to provide annual reports on the number of veterans seeking treatment and the cost of coverage (Tucker, AP/ABC New, 9/12).