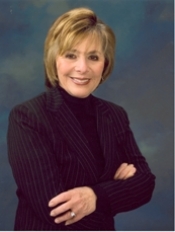 July 21, 2009 (Washington D.C.) –Senator Barbara Boxer (D-CA) has introduced amendments to the defense authorization bill for fiscal year 2010 that would ease the burden on military families. Boxer’s proposal would allow families with both parents on active duty an option to stagger overseas combat deployments, reimburse military families for travel over 50 miles to receive medical care, and providing flexible spending accounts for service members to receive tax breaks on medical expenses and childcare.

“As Americans, we are so lucky to live in a free country, defended by the brave men and women of our armed forces,” Boxer wrote in an e-mail urging public support for her measure. “We owe them our gratitude, respect, and support for sacrificing so much for us.”

Specifically, the Boxer amendments will:

• Give families with two parents on active duty the option to stagger their overseas combat deployments — so one parent can stay home as the primary caregiver for their children. In addition, after one parent returns, provide a 90-day re-integration period before the other parent is deployed. This amendment is supported by the National Military Family Association.

• Reimburse military families who have to travel more than 50 miles from home in order to receive medical care — down from the current 100-mile requirement. This amendment is supported by the Military Coalition.

• Provide flexible spending accounts for all uniformed service personnel — so military families receive tax breaks for spending on medical expenses and child care. This amendment is supported by the VFW, National Military Family Association, Military Officers Association of America, and other organizations

The amendments are being considered during this week’s Senate debate on the defense authorization bill.

“I need to show my colleagues the strong grassroots support behind these military families amendments - and your help can make the difference,” said Boxer, who has asked members of the public to endorse these measures by clicking this link: http://ga6.org/campaign/supportmilitaryfamilies?qp_source=votevetsmilfam