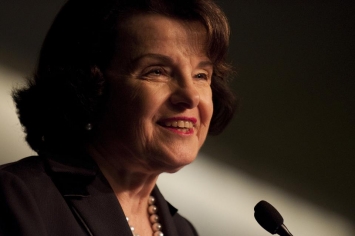 November 22, 2020 (San Diego) – Senator Dianne Feinstein (D-California) is cosponsoring two measures aimed at helping struggling businesses as other benefits run out, as well as a measure specifically aimed at helping arts organizations such as theaters.

The “Reviving the Economy Sustainably Towards a Recovery in Twenty-twenty (RESTART) Act, or S. 3814, was introduced back on May 21 and would provide loans to cover six months of payroll, benefits, and operating expenses to qualified businesses and nonprofits with fewer than 5,000 employees.  This bill would also forgive a percentage of the loan, with the rest paid back over seven years.  S. 3814 currently awaits consideration by the Senate Committee on Finance.

Senator Feinstein is also a cosponsor of the “Save our Stages Act” (S. 4258) introduced July 22 by Senator Joh Cornyn (R-TX). It would authorized federal grants to eligible live venue operators, producers promoters, and talent representatives  impacted by the coronavirus pandemic.  This measure awaits consideration by the Senate Committee on Small Business and Entrepreneurship.

Thus far, the Republican leadership in the U.S. Senate has refused to allow votes on any pandemic relief measures. That may change as Congress returns after the holiday recess to wrap up the lame duck session, or new legislation could be introduced after the inauguration of President-Elect Biden and newly elected Senate members January 20.

Congress earlier passed five relief bills signed into law, which include hundreds of billions of dollars to help stabilize the economy and assist workers and businesses that are facing financial hardships.  But most of that relief has run out or will at year’s end, including unemployment benefits.

Theaters, darkened since mid-March, are among the hardest hit in the economy. In California and many other places, no productions have been allowed in person to protect audiences and performers.  That’s left theaters across the nation struggling to pay rent, insurance and other expenses with little or no income coming in, other than from online programming that some have tried.