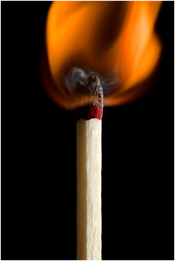 “To commit arson during these drought conditions is an exceptionally heinous act and we will seek prosecution to the fullest extent under the law,” said Chief Ken Pimlott, CAL FIRE director. “Residents should always be vigilant in their preparedness and aware of suspicious persons when a fire starts and report that information to law enforcement immediately.”

Cohen is charged with 11 counts of arson to forest lands, one count of attempted arson to forest lands, and 12 counts of using an incendiary device.  CAL FIRE has not disclosed which fires Cohen is believed to have started.  He was arrested near the intersection of Pomerado Road and Twin Peaks Road without incident at 4 p.m. yesterday and was arraigned this afternoon at the East County Courthouse in El Cajon.