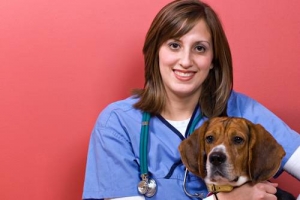 June 16, 2014 (San Diego’s East County)--Nestle Purina PetCare Co. and Waggin' Train LLC reached an agreement with pet owners in several states to create a $6.5 million fund to compensate dog owners who believe their animals were harmed by eating chicken and other jerky treats sold by the companies.

This agreement comes after years of complaints by pet owners who claim that jerky treats had made their dogs sick and sometimes killed them. The FDA for numerous years warned of the reports of illness in animals that ate chicken, sweet potato and other jerky treat products from China.  The FDA has  linked the jerky treats, mostly made in China, to more than 1,000 deaths in dogs, more than 4,800 complaints about animal illness and, for the first time, sickness in three people who ate the products.The public demanding action and filed a lawsuit against the companies. Despite the link, no conclusive cause was found.

If approved, the settlement would also require Nestle Purina Pet Care Co. to undertake “enhanced quality assurance measures” regarding pet treats made in China and to modify language on its packaging. In announcing the settlement, filed in U.S. District Court for the Northern District of Illinois, neither party admitted fault. Nestle Purina and Waggin’ Train officials have consistently said that their treats have not been confirmed to cause any illness in animals and that the products are safe to feed to pets as directed. PetSmart and Petco announced they would no longer sell jerky treats made in China.

“Neither Waggin’ Train, Nestle Purina nor any of the consumers concede that their claims or their defenses were not valid,” lawyers for the parties said in a statement. “All parties entered into the agreement only to bring the litigation to a prompt and certain resolution.”

For a complete look at the settlement, click here.

Pet owners who have a cat or dog who may have consumed a toxic jerky treat may report their findings to the FDA by calling 1-888-Info-FDA.

It is referred to as "The Chinese Milk Scandal". Milk and other food products were purposely contaminated with a chemical that would test as protein, melamine. "The 2008 Chinese milk scandal was a food safety incident in China, involving milk and infant formula, and other food materials and components, adulterated with melamine. By November 2008, China reported an estimated 300,000 victims,[1] with six infants dying from kidney stones and other kidney damage, and an estimated 54,000 babies being hospitalised.[2][3] The chemical appeared to have been added to milk to cause it to appear to have a higher protein content. In a separate incident four years before, watered-down milk had resulted in 13 infant deaths from malnutrition.[4]" Read the lengthy article at Wiki. https://en.wikipedia.org/wiki/2008_Chinese_milk_scandal I miss the Ralph's grocery store that was on Grossmont Blvd. in La Mesa. A large old style market with a huge variety of products and a great produce section. I bought some frozen green beans and corn that were S&W or a house brand that had "Produce of China" printed on the bag. I trashed the unused portion....