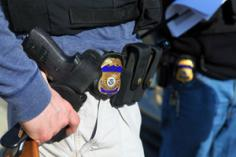 The lawsuit contended that agents and officers engaged in physical abuse, holding immigrants without outside contact, threatening to retaliate against their families and presenting them with false information.

One of the nine plaintiffs was Isadora Lopez-Vanegas, who was arrested with her autistic son and told that if she wouldn’t sign the papers, she would be separated from her son and detained for months, La Prensa reports.

Another plaintiff, Samuel Nava, is now married to a U.S. citizen but agents wrongly told him he could get legal status through his fiancé even after going to Mexico, where the newlyweds are now living.