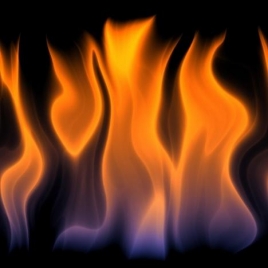 Reports vary on how many dogs perished. According to 10 News, five dogs and a parrot are now confirmed dead.

Lakeside Fire Division Chief Bernie Molloy told KUSI that two Corgis were rescued and a Doberman Pinscher remains missing but may not have survived.
The residence is located in the 8700 block of Winter Garden Blvd. and has a sign that reads “Carter’s Kennels” in front.  Molloy said authorities were under the impression the site was no longer an operating kennel, City News Service reports.
On Yelp, satisfied customers described Carter’s Kennels as a dog-sitting service. Neighbors told 10 News that the elderly woman now pet sits for others and sometimes cares for neighbors’ pets. The owner was reportedly home when the fire began and unlocked areas to help rescuers.
The fire began downstairs and spread quickly in the older home. The dogs that were rescued were upstairs and are expected to survive, 10 News reports.
The Sheriff’s bomb and arson squad is investigating the cause of the blaze, City News Service reports.