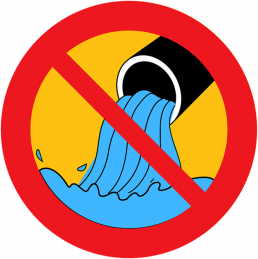 County of San Diego Public Works Crews discovered the pipe Friday morning during a routine infrastructure inspection and controlled the spill by approximately 1 p.m. the same day. Water quality samples are being collected along Los Coches Creek to evaluate the extent of potential sewage impacts.

The closure of Los Coches Creek to the public will remain in place until samples confirm that the water is no longer impacted from the spill.