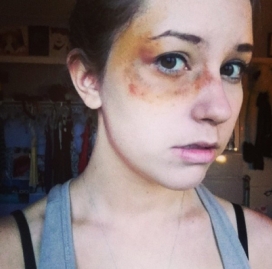 The proposed law will require hospital and law enforcement personnel to provide information to sexual assault victims outlining their rights prior to being examined or interviewed. AB 1312 will also require police departments to retain rape test kits for 20 years.

“California needs to do a better job of helping sexual assault victims navigate all of the legal, medical and personal issues that survivors have to deal with, and it starts with a Sexual Assault Victims bill of rights that ensures each survivor is informed about their rights and the resources that are available to them before they are examined,” Assemblywoman Gonzalez-Fletcher said. “Victims have rights, and this new law will strengthen those rights to include emergency contraception for women and a ban on police departments prematurely destroying rape test kits.”

Amanda Nguyen, California native, founder and president of Rise, stated, “For rape survivors like myself, these civil rights in California mean the difference between justice or lost justice. California survivors must have equal rights under the law. With the support from state legislators, we can help pass new laws that will end these injustices and protect the 2 million rape survivors in California.”'

According to data released by the California Coalition Against Sexual Assault, there are an estimated 2 million female rape survivors in California. An estimated 5.6 million more California women have been the victims of other sexual violence, and it is estimated that 74 percent of rapes and sexual assaults go unreported.

The Sexual Assault Victims Bill of Rights would require that each victim of sexual assault be given a simple card outlining his or her rights as a survivor.

In addition, the legislation would grant survivors of sexual assault the right to request a person of a certain gender be present during interviews; establish the victim’s right to a free copy of law enforcement reports on the sexual assault; establish the right of a victim to free contraception and, when available, a shower after the medical exam.  The bill also establishes the right of a victim to a separate waiting room from the defendant during criminal proceedings and at the district attorney’s office.

These changes will remove many barriers that may prevent victims of sexual assault from coming forward, reporting their trauma and receiving treatment.