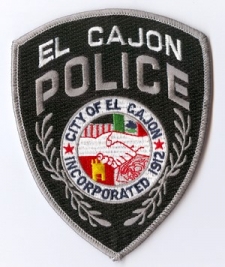 March 4, 2015 (El Cajon) – A 10 News report cites multiple unnamed sources who claim that an El Cajon sergeant sent sexually explicit text message images of himself to several women working in the department. Sources claimed the sergeant was demoted but not prosecuted.

Chief Jim Redman reportedly told ECM news partner 10 News that the department has a “zero tolerance” policy for harassment but that the individuals still work for the department.  He said he could not discuss details because this is a personnel matter.

Sending sexually explicit images is a crime if the action is not consensual. According to 10 news, sources said the images were unsolicited and unwanted.

The report comes on the heels of an earlier 10 News investigation in which individuals within the department claimed the department had a quota system for arrests and traffic citations. Crime has fallen 24 percent in El Cajon

A photo provided to the news team showed a white board with officer names, scores, and abbreviations that a source said indicated felonies and misdemeanors. Anonymous sources told 10 News officers with the most arrests and traffic tickets were rewarded with gift cards for restaurants or coffee.

Quotas are illegal for police departments in California. Chief Redman has denied having a quota system, stating that the intent was to “motivate officers” but acknowledging that the white board exercise was “inappropriate and not something I want to continue.”  No disciplinary actions were taken, 10 news reported.

On February 12, 10 News reported that El Cajon Mayor Bill Wells voiced confidence in the police department’s ability to conduct its own internal  investigation and promised to share the results when completed, regarding the quote issues.

"We don't have quotas,” the Mayor stated. “We have nothing to hide, and if it turns out that there is something untoward happening, we will certainly deal with that.”

ECM has contacted the city of El Cajon for comment on these matters but has not received a response.

The supervisors should be investigated too. Redman is dodging the issue, CYA.
What would happen to anyone other than a police officer who sent unwanted naked photos of himself to multiple women? I don't know if such cases are usually prosecuted, or if they let other people off with warnings.