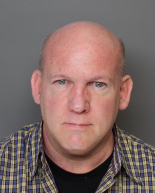 July 20, 2015 (Jacumba Hot Springs) -- Gary Gene Snavely, a sexually violent predator, has violated the terms of his release and has been removed from Jacumba Hot Springs.  He is now in the Sheriff’s Department custody and may be returned to a state hospital.

Supervisor Dianne Jacob issued this strong statement at the news.  “This monster never belonged in the community in the first place,” Jacob says. “Word that he violated the terms of his release comes as no surprise and is the latest proof that sexually violent predators have no place in Jacumba Hot Springs or any other community. What makes this even more outrageous is that it’s not the first time Snavely has broken the rules of his placement,” adds Jacob, who calls for Snavely to be “locked up for good.”

Snavely was released into Jacumba Hot Springs over strong community objections in January, after being released from a state mental hospital.

Snavely served several years in prison for molesting young girls ages 8 to 12 years old back in the 1980s. After his release, he was required to wear a GPS ankle bracelet and was monitored by Liberty Health Care.

East County Magazine has requested details from the Sheriff on Snavely's parole violation and will publish the information once received.

You can receive email alerts when a sex offender moves in and out of your neighborhood, by signing up at www.sandiegocountysexoffenders.com.