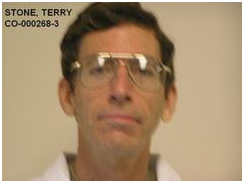 Update: This hearing has been cancelled. Details pending.

Terry Stone was convicted of molesting several children between the ages of 6 and 11.

A public forum regarding the proposed location will be held before it is finalized by the court. Comments will be accepted during the hearing on Monday, March 17 at 9 a.m. in San Diego Superior Court Department 53, 220 West Broadway, San Diego.

“Enough is enough. This is the third time in recent months that the state has moved to dump a sexually violent predator in East County,” she said. “This latest predator, Terry Stone, is a diagnosed pedophile who carried out lewd and lascivious acts against children. The state is now proposing to put him in our community, close to Steele Canyon High School. That’s outrageous. No community in any part of San Diego County would stand for that.”

She added, “As I’ve said before, if these vile men must be housed somewhere, the only sensible spot is outside the gates of Donovan State Prison, where other sexually violent predators have been placed.

If you can't make it to the public hearing on March 17, you can send your comments on the proposed placement via e-mail, phone or mail from February 14 to February 21.

To get alerts when a sex offender moves in or out of your neighborhood, visit www.sandiegocountysexoffenders.com.