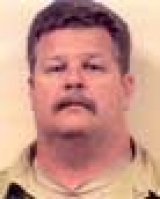 July 16, 2014  (San Diego’s East County)--David Chambless is a convicted child molester and sexually violent predator  with a mental disorder who has been living in Jacumba for the past five years, after being released from a state mental hospital.

Now Judge David Gill has ruled that he can be released from state supervision without any conditions, after completing his parole period which had included GPS monitoring, polygraph and drug testing.It is unknown where Gill will live, though his family has a home in Descanso.

He will continue to be registered as a sex offender for the rest of his life through the Megan’s Law directory, so residents can determine if he is in their community, but he will no longer be monitored.

Chambless was convicted in 1989 of five counts of committing a lewd act on a child. The victims were two girls, ages 7 and 9.  He was diagnosed as a pedophile at the time, though two other experts consulted by the District Attorney later concluded that Chambless no longer fits the criteria to be considered a predator.

He is one of several sexually violent predators who have been released into East County in recent years, and the second to be released unconditionally from supervisor by authorities.