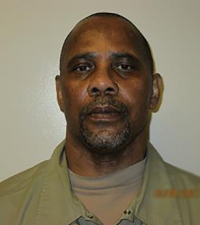 Wakefield was convicted of felony rape in 1990 and of a lewd and lascivious act with a child under 14 in 1981.  He served time in state prison and was found in1998 to be a sexually violent predator. He has repeatedly been confined to a state hospital for treatment as a sex offender but in Dec. 2020, a judge granted his petition for conditional release.

He was earlier proposed for placement at a home on Horizon Hills near Mt. Helix in unincorporated El Cajon, but a judge ruled the facility to be unsafe to the community for placement of sexually violent predators.

Comments will be accepted during this placement hearing on September 13 at 9 a.m. before the Honorable David M. Gill, San Diego Superior Court, Department 2204, at 1100 Union Street in San Diego.

With the hearing scheduled for September 13, 2021, the SAFE Task Force will be accepting public comments about the proposed placement of Merle Wakefield to be included in the formal response to the court and the Department of State Hospitals.

Comments are being accepted now until August 11, 2021.

The Sheriff and the District Attorney are not responsible for proposed placements of sexually violent predators, which are proposed by the Department of State Hospitals and approved or denied by a Superior Court judge.

To learn more about the SAFE Task Force, click here.