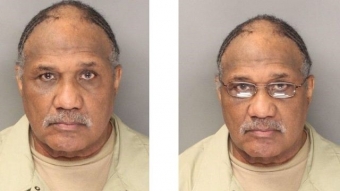 March 30, 2018 (Jacumba Hot Springs) — A hearing is set for April 27 on proposed release of Herman Smith at 42920 Desert Rose Ranch Road in Jacumba Hot Springs.  Smith has been convicted of sexually violent crimes including rape by force in 1993, oral copulation with a minor under age 14 by force or fear, and sodomizing a victim under age 14 with force. He has also been convicted of raping a drugged victim.

Smith was designated as a sexually violent predator with a mental disorder that makes him likely to reoffend, but the Department of State Hospitals has now recommended him for release.

Members of the public may testify at the hearing or submit comments by April 11 through the SAFE Task Force.  You can also email comments to sdsafe@sdsheriff.org, or mail them to SVP Release/SAFE Task Force, 9425 Chesapeake Drive, San Diego, CA 92123.

Supervisor Dianne Jacob is speaking out against Smith’s release into Jacumba Hot Springs, a small, rural community in San Diego’s East County where several other sexually violent predators have been released in recent years with supervision including ankle bracelet monitoring. However at least one offender committed a new sexual offense against an elderly woman while under the monitoring program.

“These state officials must have no shame. This vile and violent predator has committed multiple rapes and other brutal acts. A jail cell is the only place that he should call home,” Jacob posted on her Twitter account.

Why are these sic, twisted wankers allowed out of prison? The laws Must change regarding sexual deviants - prison for life! No exceptions. And to think this address is less than 9 miles away from DeAnza Springs nudist resort. Vulnerable place for his dirty deeds for sure. I wonder how much these homeowners are getting paid in rent to house these ex cons? How many in each home? I do know locally in El Cajon, Santee and even San Diego the released sex offenders (often with a history of child sex crimes) are housed in multi bedroom homes, usually 2 to a bedroom in a 4 to 5 bedroom residence, located in the average neighborhood. One never knows who may be living close by unless you do the research. https://www.meganslaw.ca.gov