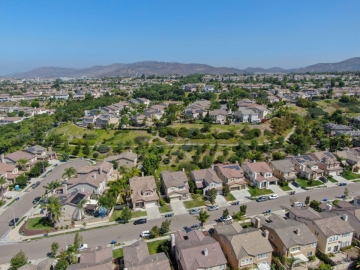 May 18, 2020 (San Diego) - The opportunity only comes once every 10 years – a chance to redraw the boundaries of the County’s five supervisorial districts.

The County is taking applications now for people who can serve on its Independent Redistricting Commission. Members will redraw the district lines to reflect the new numbers in the federal census.

District lines can shape a community’s ability to elect the representative of their choice--and how redistricting commissioners are chosen will impact electoral decisions for the next decade. 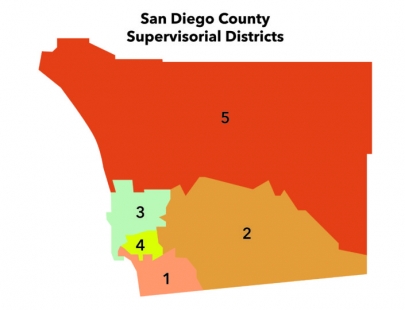 The 2020 census numbers will reveal new data on residents and whether one district is more populated than the others. Each supervisor should represent a diverse population of about 650,000 residents.

Redistricting Commission members will re-shape the district boundaries to meet community needs. The commission will act independently from the Board of Supervisors.

The County’s Clerk of the Board will take Redistricting Commission applications through July 31.

To qualify, volunteers must be San Diego County residents who were registered to vote with the same political party or listed as no party preference for the last five years. And they must have voted in at least one of the last three statewide elections. Applicants must not have been active in political circles for the last 10 years. They must be impartial and demonstrate analytical skills.

Applications will be screened for the 60 most qualified applicants. One commissioner for each of the five districts will be picked during a random drawing at the Oct. 13 Board of Supervisors meeting. A second random drawing that day will select three additional commissioners for a total of eight.

Those commissioners will meet to decide on six more to round out a 14-member commission.  Once formed, the Redistricting Commission must hold at least seven public hearings in 30 days with at least one hearing in each supervisorial district. Other meetings, dates and times are at the discretion of the commission.  The group will review the new census data when it’s released and start the process on redrawing new maps for the five supervisorial districts. The maps must be completed by Aug. 15, 2021.

The process has drawn criticism.

Bonnie Price, a long-time Democratic party activist and past president of the East County Democratic Club, says that while ostensibly the notice sounds free of extreme partisan influence, "I oppose appointment of the commission at this time. There is no need for such a commission to be appointed now. I view this as an effort by lame duck Republican supervisors to appoint people they prefer to a redistricting process that should be a task left for supervisors elected in November of 2020.  It should be one of the initial tasks taken up by the new board that takes office in January 2021."

Further, she notes, "Census data will be available later than normal this year, since census workers have yet to do their fieldwork, because of the pandemic.   I receive status reports from the census bureau every day, so I am aware of the official position on this matter.  I also have personal knowledge of a local census worker who has been informed that his follow up work with the census will not begin until June." To date, only about 60% of residents nationwide have responded to the census, according to Census.gov.

Thus Price concludes, "Our current county supervisors should not be appointing a commission to redraw the district boundaries at this time, given the likely delay of census data.  Supervisors of their minority party have controlled the county through the redistricting process far too long.  San Diego County has suffered under the leadership of some supervisors who failed to represent their constituents for decades.  Gerrymandering the county's future via a supposedly politics-free commission, appointed now, should be opposed by all who respect the will of the voters.  Voters will express themselves in the November 3, 2020 election."

Update May 21, 2020:  ECM forwarded Price's concerns, along with other questions, to Tracy Defore at the County Communications office, who forwarded them to the Clerk of the Board of Supervisors. Below is the response received:

I ran your questions by the Clerk of the Board and he suggested you may want to check the Elections Code section linked on their website at: https://www.sandiegocounty.gov/content/dam/sdc/redistricting/docs/ELEC_21550-21553.pdf. He also answered your specific questions below. Hope that helps, Tracy

Q: I got an email from one party activist who is concerned about political bias and asked why since the census reporting is delayed, these appointments don’t wait until the new board of supervisors is seated, FYI.

A: By State law (Elections Code Section 21550), the County is required to have the Commission created by December 31, 2020. Also, note that the Board of Supervisors does not have authority to appoint members to the Redistricting Commission.

Q: A key concern is whether there is any room for bias in choosing who those 60 “qualified” applicants are from which the random draws are done. Who decides what’s “qualified?”

Q: Does anyone observe the random draws, especially since those chosen select the rest.  What happens if the random draw happen to pull all or mostly people from the same political party?  Seems like there would be a lot of room for bias to creep in, even inadvertently, if the luck of the draw for such a small number of seats winds up with most in one party or the other.

Q: On state redistricting commissions they seemed to require a balance between Reps, Dems and decline to state voters to reduce bias, as well as requiring racial and ethnic balancing proportional to the population.  Is ANY of that being done in San Diego County?  What’s to prevent this from being disproportionately white, or any other racial or ethnic group?

A: The Elections Code details the requirements for these areas. The eight randomly selection commissioners will select the remaining six commissions. The Elections Code states that these six appointees shall be chosen based on relevant experience, analytical skills, and ability to be impartial, and to ensure that the commission reflects the county’s diversity, including racial, ethnic, geographic, and gender diversity. However, the Elections Code states that formulas or specific ratios shall not be applied for this purpose. The eight commissioners will also consider political party preference, selecting applicants so that the political party preference of the members of the commission are as proportional as possible.

Q: As for geography, after the initial random draws, do the ones chosen later have to be equally divided among residents of every district, or could you see a stacking of the commission with people in downtown and coastal areas, for example?   So often rural areas are not equally represented, as we see on SANDAGe, for instance.

A: The state law requires at least one commission member must reside in each of the five existing Supervisorial Districts of the Board. Other than that, there are no requirements regarding where commissioners reside. Part of our outreach effort is to ensure that the Clerk of the Board receives applications from a wide range of areas in the County.