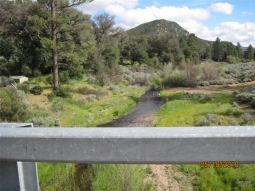 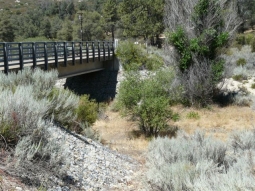 Update: Hear a podcast of our radio story on this (originally aired on KNSJ) with audio clips from the Pine Valley Mutual Water Co. Shareholders meeting here:

July 15, 2015 (Pine Valley) –With water running short across the state, tensions are building where local water districts are being asked to share precious water supplies with neighboring districts and developers.

Directors of the Pine Valley Mutual Water Company found themselves in hot water with shareholders, who staged a revolt over their board’s decision to sell up to 5 million gallons of water to the newly formed Rough Acres Water Company in Boulevard.  Rough Acres Ranch wants to build an industrial scale solar facility on its property that needs massive amounts of water—and Boulevard doesn’t have enough.

But when Pine Valley shareholders—the residents who rely on water from Pine Valley wells – found out about the secret sale, tempers at the latest shareholder meeting reached the boiling point, as a tape provided to East County Magazine by Charlene Ayers, leader of the Ranter’s Roost online discussion group on land use issues locally, makes clear.

Flip Boerman, manager of the Pine Valley Mutual Water Company, tried to open the meeting with election of new board members. But shareholders had a different idea, repeatedly asking that they be allowed to question candidates about their views on the water sale before casting their votes.Boerman brushed off that request, leading to some testy exchanges.

Shareholders learned of the controversial water sale after getting an inflammatory letter passed out to neighbors and signed by the “Committee to Save Pine Valley Water.”  It stated, “Our neighbors to the East are being surrounded with solar electric facilities that disturb their environment and now our Pine Valley Water Company is going to sell our water to the contractors responsible for causing that mess.” The letter also cited the statewide drought and urged concerned citizens to show up at the shareholders’ meeting.

Boerman insisted that shareholders had been “deceived” and said the letter exaggerated the amount of water to be sold. The letter claimed up to 6 million gallons a month could be sold to Rough Acres, but Boerman said the total is 5 million gallons maximum, not per month.  He also disputed claims made about the number of trucks hauling waters through local neighborhoods.

But that didn’t appease the crowd, with many voicing concerns not only over the amount of water sold, but the secrecy of the decision making process. Shareholders demanded to know why they weren’t told or allowed to vote.

Tom Biggers asked if Rough Acres can resell the water provided by Pine Valley, which thus far has not sent any water shipments.

Boerman explained that once a water company is formed, it can resell water to others, and even sell back to the original agency under mutual aid in case of a natural disaster. He insisted that Pine Valley has plenty of water from multiple wells not currently being used to supply residents, proudly stating that Pine Valley is one of the only water agencies that has not asked its customers to cut water use substantially.

“Maybe it should. We’re in a drought!” one resident protested.  A mother spoke, stating that she wants her children to be able to grow up in Pine Valley and assure that there will be enough water here. Bob Ames Smith, another Pine Valley resident, sent photos to ECM documenting that Pine Creek is completely dry at Toad Bridge at Noble Canyon and at Pine Creek Crossing a mile or so downstream.

“In normal times the water flows under this bridge and down toward Pine Creek Crossing approx a mile down stream,” he told us. “As you can see the creek is bone dry and has been for several years.”  As for Pine Creek Crossing, in past years he says culverts under the road were “gushing with water and at times ran over the road, making it impossible for vehicles.”  Further down, where that water would flow below a meadow surface at the Old Highway 80 bridge, is also dry.  Smith adds that the Minister’s parish on that meadow had a 35-foot-deep well run dry and had to drill a new well 300 feet deep to hit water.

After hearing shareholders’ concerns at the meeting, Boerman then revealed that the idea of selling water for the Boulevard solar development wasn’t Pine Valley Mutual Water’s idea---but was proposed by the County.  Despite the developers’ claims of ample water supplies for the solar project in Boulevard, the County believes otherwise, according to Boerman, and asked Pine Valley to sell its water to Rough Acres.

Tom Biggers called for a ballot to be sent to all shareholders asking them to vote on revoking the water sale to Rough Acres, which can be cancelled with 90 days notice.

Several shareholders objected to the developer setting up a water district as a front to secure water for its unpopular project, which Boulevard’s planning group voted unanimously to oppose but County Supervisors approved.

Others in the audience voiced fears over water supplies running short after four years of statewide drought, despite assurances from the Boerman that Pine Valley has plenty of water. Residents voiced concerns over creeks already  drying up and trees that are dying from not enough water.

One concerned resident asked, “What if we run out?”

Another shareholder noted that without the water sale to Rough Acres to bring in revenues for the district, water rates would likely rise. But unlike some other water districts where ratepayers are revolting over rising water rates, Pine Valley’s shareholders present made clear that most here want to let the people decide whether they are willing to pay more to assure that Pine Valley Water stays in Pine Valley

A discussion ensued over whether the shareholders wanted to block all water sales, such as those recently made to the nearby town of Guatay that was running out of water, or just block the Rough Acres sale. The majority present agreed to limit any ballot question to only the Rough Acres project.

Another issue is what happens if a majority of the 769 water district members don’t vote.  Should a minority of voters be able to undo the board’s decision?  Though legal counsel will be consulted on that point, one shareholder noted that the board’s own elections are typically decided by a minority of members.

If Pine Valley does opt to pull the plug on its water sales to Rough Acres, it could leave Boulevard’s proposed solar project developer in a rough spot—coming up 5 million gallons short of the water needed in a project that has already weathered rocky ground after Soitec sold off its solar interests and Boulevard residents raised objections over destruction of meadows and wildlife habitat at the gateway to McCain Valley, a public recreational area.

Boerman objected to the cost of a mailing to all 769 households, and Biggers offered to chip in on the cost of the mailing.

Ultimately Boerman conceded to send out the ballot and let shareholders have the final decision. Boerman ultimately advised shareholders that incumbents had won reelection. But according to Biggers, “He refused to show us the results.”