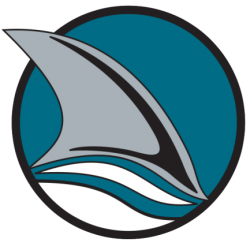 September 4, 2015 (San Diego)--It is many people’s worst fear, sighting a fin cutting along the surface of the water off a crowded beach on a hot summer day.  That is precisely what happened in La Jolla last week after a hammerhead shark pursued a group of kayakers to shore, near the Scripps Institute, 10 news reports.

The beach was closed on Saturday and reopened on Sunday, however mere hours after reopening the beach, a lone kayak fisherman spotted another hammerhead shark, which was presumed to be a different and smaller shark than the one seen the previous day.

Lifeguards issued a shark advisory after reopening the beach, which was extended past the original expiration time of 1pm, after the second shark was reported.

10 News also reported on a great white shark about 5 miles off of Oceanside that a fisherman was able to capture video of earlier in the week, as well as beach closures in Orange County due to a surfer being bumped by a shark.  Also in Central California a surfer was attacked leaving a large bite in her surfboard, however she was unharmed according to Fox News.

Shark attacks are extremely rare especially from hammerheads, however it is wise to always swim with a buddy and ask lifeguards about beach and swimming conditions before entering the water.