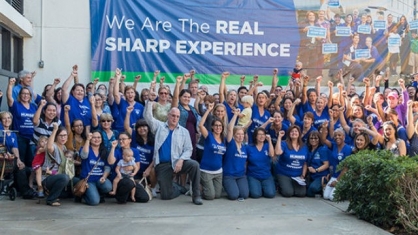 Update 11 p.m. -The strike set for  Monday has been called of due to progress in negotiations, the nurses' union has indicated.

The union represents Sharp's 4,800 registered nurses, most of whom are based at Sharp hospitals, including Grossmont Hospital in La Mesa.

Jeff Rogers, a communications specialist for the United Nurses Associations of California/Union of Health Care Professionals, the union representing the nurses, says Sharp has failed to address key issues in a meaningful way. He adds, “This failure only escalates the nurse recruitment and retention crisis. At this time, negotiations have stalled and the nurses are prepared to conduct our announced strike,” Times of San Diego reports.

Dan Gross, Sharp executive vice president, said his organization was “extremely disappointed” in the union’s action.  He voiced concern over the impact a strike could have on patients and the community, though Sharp has said it has contracted with a private firm to provide qualified nurses during the strike.

One key difference is over pay. The union claims Sharp is paying less than competitive local healthcare facilities, causing high turnover among nursing staff. Sharp has offered a pay raise over three years, but the union has said some nurses could actually have pay cuts under the plan, which union President Christina Magnuses has said would be subject to management favoritism.