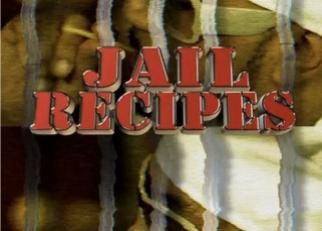 February 15, 2016 (San Diego) -- If you break the law in San Diego County, you will wind up in the custody of The Sheriff’s Department in one of seven county jails.

Although there are many people there for repeat or serious crimes, a lot of inmates at the facilities are there because they may have acted foolishly, or simply made a mistake and will return to society to try and improve their lives.

One way the Sheriff’s Department is trying to help these individuals is by offering a healthier diet to the inmates of the County’s jails.

Dr. Alfred Joshua, Chief Medical Officer for the Sheriff’s Department, states, “One of the important things, in terms of the health of any individual, is lifestyle modification. Things like smoking, dieting and exercise are some of the things that are influential in creating new habits. One of them is diet.”

The jails, which, in the past, have never been known as having the most nutritious of menus, are now making strides to improve the quality of food that is offered. Examples such as burritos on whole wheat tortillas, meatless chili, eggs, and rice, are some of the foods that are being served. They are also decreasing the amount of sodium in the menu.

In a video produced by the Sheriff’s Department, Dr. Joshua discusses how when the inmates are released from custody, they can educate their families on nutrition, and live a healthier life when they are trying to succeed after their incarceration. “They have a tremendous opportunity to learn healthy habits,” Dr. Joshua says.

When living a healthier life, by eating a nutritious diet and exercising, individuals are less likely to continue using street drugs and alcohol--two major reasons for people returning to jail.

While being incarcerated is never pleasant, in San Diego’s jails, the stay can be a positive influence, helping some individuals to learn new habits and live a healthier, better life.