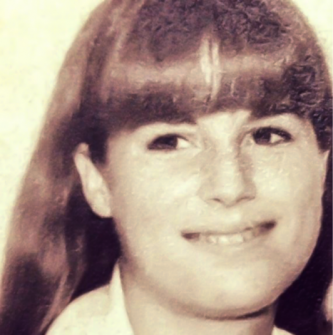 May 25, 2021 (San Diego) - The Sheriff’s Office has solved a cold-case murder from 17 years ago, where two human legs were found in a dumpster on Hilton Head Way in Ranch San Diego. Authorities used investigative genetic genealogy to identify the victim and track down her killer.

In December 2020, the woman was successfully identified as Laurie Diane Potter. San Diego County Sheriff's Department released a statement detailing the recent developments on the case and announcing the arrest of 68-year-old Jack Dennis Potter, Laurie’s husband, due to “substantial and convincing evidence”. On May 12, he was taken into custody and charged with murder. Potter went to court on May 20.

Laurie and Jack Potter resided in Temecula; Laurie was 54 years old in 2003, when she was killed. After using her son’s DNA to identify her as the victim in December 2020,  authorities found her husband Jack Potter and arrested him in in his home in Rancho Cucamonga in May 2021.

The news release revealed this case was the first  in which the Sheriff’s Homicide Unit used investigative genetic genealogy to attempt to identify the “Jane Doe.”  According to ScienceDirect, investigative genetic genealogy gained large amounts of attention after it was used to identify the Golden State Killer in 2018. This type of forensic science uses DNA and over half a million markers to identify and determine distant relatives to the missing or unidentified person, or even to identify suspects in certain cases.

During a press conference May 14 in San Diego, East County Magazine reporter Henri Migala asked how the DNA and family tree companies such as Ancestry.com and 23andMe respond to police inquiries for data. Detective Troy Dugal said, “I don’t deal with the companies because I’m dealing with the public and the individual that’s participating with me. That person owns their profile within those genealogy websites.”

Dugal said that he also published the family trees after he completes them so the individuals who participated can see them.

“When I’m done, I’m going to click on the button to share my tree, and you get that tree, and they all appreciate it. I keep the trees, but I have no more need for them,” Dugal said.

Currently, the Sheriff's Homicide Unit only uses investigative genetic genealogy when all other measures are exhausted. They were able to build a ‘family tree’ based on DNA that had similar markings to Laurie, and through that family tree they were able to confirm her identity after her son provided his DNA sample. The Sheriff’s office stated this case would not have been solved without the use of this investigative genetic genealogy and the public’s participation.

“I am really proud of the work and creativity and the steadfast determination of the team of investigators and analysts who were able to bring closure to this case after nearly twenty years,” Sheriff Kelly Martinez said in the May 14 press conference.

Other cases have also been solved by investigative genetic genealogy, such as the 1978 murder of Orbin Holiway and the 1984 murder of Teresa Solecki.

The investigation of Laurie Potter’s murder is still ongoing. The Cold Case Team is still looking to speak with anybody who knew Laurie or Jack in the mid-80s thru present.