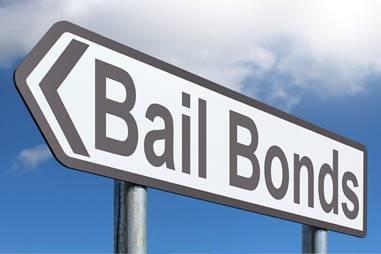 May 17, 2022 (San Diego) – Effective May 15, zero bail adopted as an emergency measure during the pandemic has ended.

In March 2020, the Governor’s executive order gave the Judicial Council of California and its Chairperson, the state’s Chief Justice, the authority to take actions necessary to maintain access to the essential court operations and protect the health and safety of California residents, including incarcerated persons,

A statewide emergency order established an Emergency Bail Schedule for all misdemeanor offenses, many felony offenses and violations of post-conviction supervision at zero dollars. Exemptions to the order included charges involving violence and threats to the safety of the public.

Per the state order, San Diego Superior Court implemented an Emergency Bail Schedule during the COVID-19 pandemic. Individuals who qualified to have their bail reduced to zero and had no pending cases keeping them in custody, were released on their own recognizance to reduce the jail population during the initial significant spread of COVID-19.

As the State of California transitions away from the "crisis" phase to the "endemic" phase of the COVID-19 pandemic, and with a significant decrease of COVID-19 cases in county jails, the San Diego Superior Court ordered rescission of the “zero bail” order effective May 15.

Before its enactment, qualifying charges had a bail amount set by the San Diego Superior Court Bail Schedule.  Individuals could be released from jail after posting the set bail amount for their charges.  TEMBS allowed a temporary reduction in the bail amount, for qualified charges, to be set to zero.  Individuals in custody with these charges, with no other pending cases, were able to be "booked and released" from Sheriff's custody, pending a future court date.  Examples of these charges would be Possession of a Controlled Substance, Possession of Narcotics, and Theft or Larceny.

Now, those qualifying charges will again have a set bail amount based on the San Diego Superior Court Bail Schedule. This change is likely to increase population numbers in the San Diego County Jails.

know what happened to king stahlman bail bonds? the santee location is boarded up.